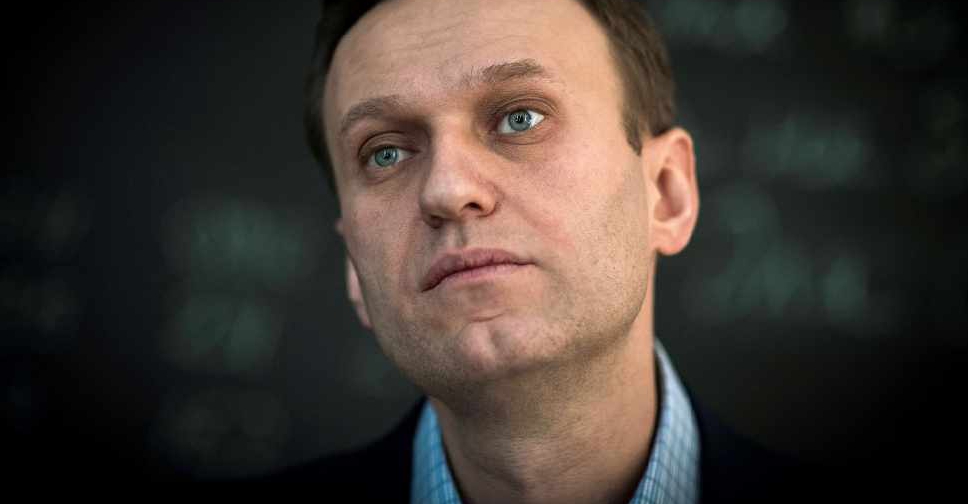 This file photo taken on January 16, 2018, shows Russian opposition leader Alexei Navalny during an interview with AFP at the office of his Anti-corruption Foundation (FBK) in Moscow. (AFP)

US Secretary of State Mike Pompeo said there was a "substantial chance" that the suspected poisoning of Kremlin critic Alexei Navalny was ordered by senior Russian officials.

"There is a substantial chance that this actually came from senior Russian officials," Pompeo told the Ben Shapiro radio programme, according to a transcript released by the State Department.

Pompeo said the United States was evaluating how it would respond.

"We'll make sure we do our part to do whatever we can to reduce the risk that things like this happen again," he said.

Navalny, who is being treated in a Berlin hospital, was airlifted to Germany after falling ill on a Russian domestic flight last month.

Germany says he was poisoned with a Soviet-style Novichok nerve agent in an attempt to murder him. Russia has said it has seen no evidence that Navalny was poisoned.

"I think the world has matured and come to an understanding that this is not how normal countries operate, and this will prove costly for the Russians," Pompeo said.

The Group of Seven (G7) foreign ministers issued a statement on Tuesday condemning the "confirmed poisoning" of Navalny.