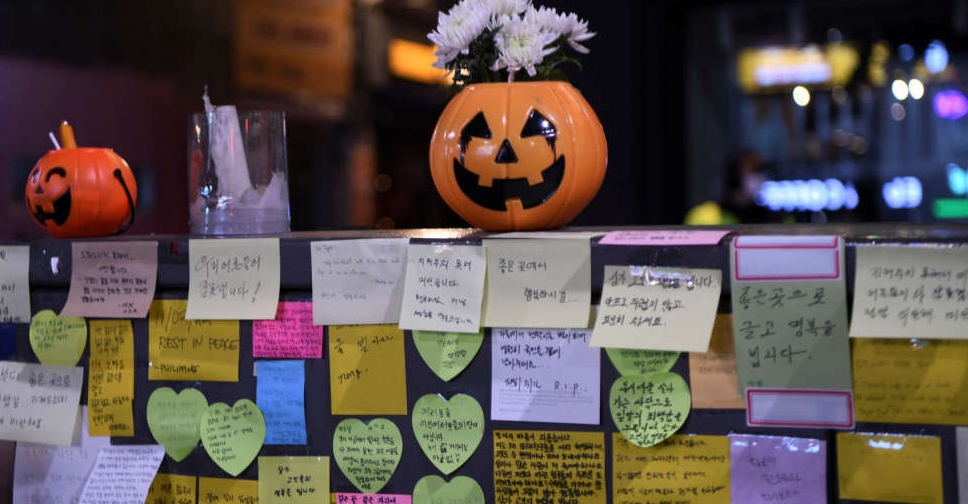 A South Korean police official being investigated over the deadly Halloween crush was found dead at his home in Seoul on Friday, the Yonhap news agency reported.

The October 29 crush killed 156 people and injured another 198, mostly in their twenties and thirties, when revellers flooded narrow alleyways in the popular nightlife district of Itaewon to celebrate the first COVID mask-free Halloween festivities in three years.

The official, who was only identified by his surname Jeong and in charge of intelligence affairs at the Yongsan Police Station covering Itaewon, was found dead at his Seoul home by a family member at around 12:45 p.m. (0345 GMT), Yonhap said, citing unnamed police officials.

Jeong, 55, faced accusations that he had deleted intelligence reports warning of a serious accident, after an investigation began into police responses to the crush.

Lawmakers slammed the suspected removal of the documents at a parliamentary session on Monday, and urged the arrest and punishment of those in charge.

National Police Commissioner General Yoon Hee-keun told lawmakers that the intelligence chief at the Yongsan station had ordered the records to be deleted and would be investigated.

The police has faced bitter criticism from the public and scrutiny over its handling of the tragedy, especially after the release of transcripts of emergency calls which showed that many people raised alarm over the imminent danger and had asked for help hours before the crush occurred.