Seoul to shut down most establishments at 9 p.m. to contain coronavirus 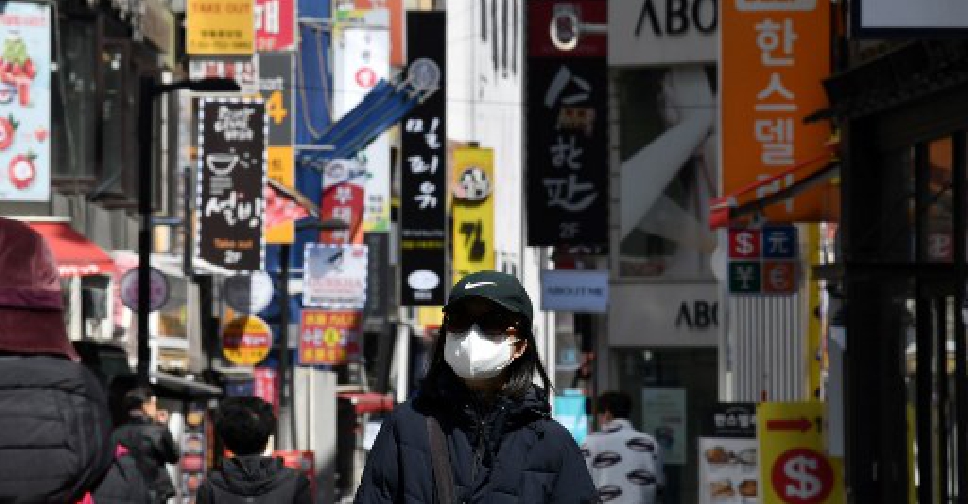 A woman wearing a face mask walks through a shopping district in Seoul./ JUNG YEON-JE/AFP

South Korea's capital Seoul will require most establishments to close at 9 p.m. each day, acting Seoul mayor Seo Jeong-hyup told a briefing on Friday, to prevent the spread of coronavirus.

Prime Minister Chung Sye-kyun said the situation was critical and the government would decide on Sunday whether to upgrade restrictions to include the closure of karaoke bars and limits on religious gatherings to just 20 people.

"It's been 10 days since we upgraded the social distancing rules to phase 2 in the Seoul metropolitan area, but the transmission still seems to be uncontainable," Chung told a government meeting.

The Korea Disease Control and Prevention Agency said 463 or more than three quarters of the latest locally transmitted cases were from Seoul and nearby areas. South Korea has now reported a total of 36,332 infections, with 536 deaths.

"This is the largest infection in the Seoul metropolitan area since the start of the coronavirus outbreak," health ministry official Yoon Tae-ho told a briefing.

Health authorities called on people to cancel all year-end gatherings and parties during a month-long "special virus prevention period" from Dec. 7 to Jan. 3.

"Please hold online celebrations especially for Christmas, religious events and New Year sunrise festivals if possible, and we urge you to not host any parties or events at hotels," Yoon said.

STUDENTS ON THE MOVE

Authorities are concerned that university entrance exams - which nearly half a million students sat on Thursday - and admissions tests over the next two weeks could prove to be another source of contagion.

At least 207,000 students will move around the country for university admissions tests this weekend and 192,000 the next, Education Minister Yoo Eun-hae told a briefing.

"It is no exaggeration to say that the safety of South Korea depends on the test-takers," Yoo said.

Karaoke bars and internet cafes are popular with high school students and have been the source of several coronavirus clusters in the past.

Tighter restrictions would be a blow to Asia's fourth-largest economy, which reported a seasonally adjusted unemployment rate of 4.2% in October, the highest since July.

"Small business owners and self-employed businesses are the most affected by social-distancing measures. We are very sorry for that," health ministry official Yoon said.

"We think the best way is to reduce the number of confirmed cases as soon as possible and relieve their anxiety. The government continues to discuss economic support for the businesses."