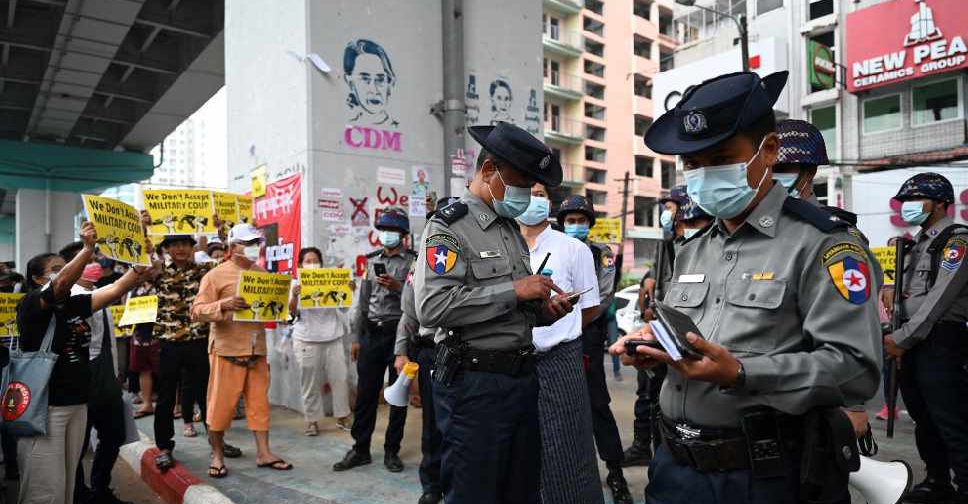 Myanmar's military junta has issued arrest warrants against six celebrities for encouraging strikes that have paralysed government offices in protests against this month's coup, with total arrests now nearing 500.

Thousands of chanting protesters gathered on Thursday at a busy intersection near the main university in Yangon, a witness said.

Students were also due to gather in a different part of the city to protests against the February 1 coup and detention of elected leader Aung San Suu Kyi.

The street marches have been more peaceful than bloodily suppressed demonstrations in a previous half century of army rule, but they and the civil disobedience movement have had a crippling effect on much official business.

Many motorists in Yangon drove at a snail's pace in a show of opposition to the coup, a day after many pretended to be broken down to block the movement of police and army vehicles.

In the second-biggest city of Mandalay, protesters rallied to demand the release of two officials arrested in the coup.

Despite junta appeals for civil servants to return to work and threats of actions if they do not, there has been no sign of the strikes easing.

The army announced late on Wednesday that six celebrities, including film directors, actors and a singer, were wanted under an anti-incitement law for encouraging civil servants to join in the protest.

The charges can carry a two-year prison sentence.

"It's amazing to see the unity of our people. People's power must return to the people," actor Lu Min posted on his Facebook page.