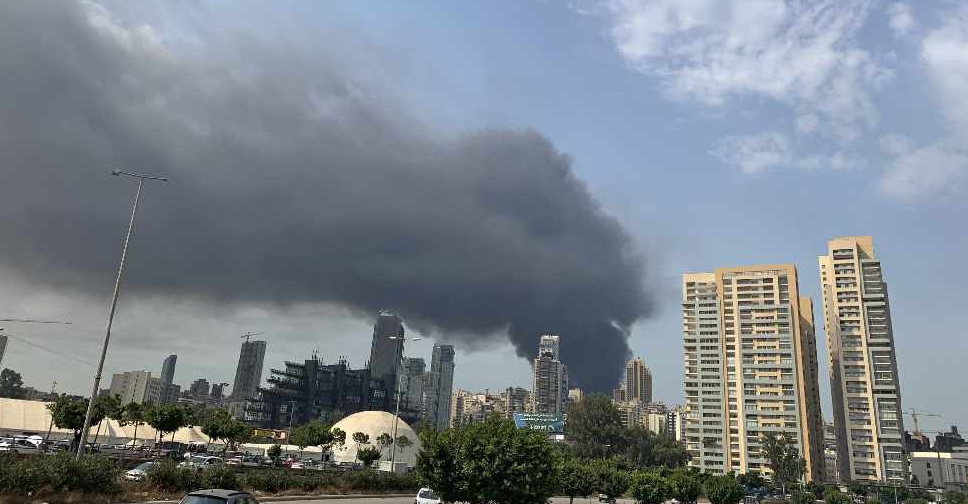 Lebanese firefighters and army helicopters on Friday put out the remains of a huge fire at Beirut's port that had flared up a day earlier, barely a month after a massive blast devastated the port and the surrounding area.

Thursday's fire, which officials said was sparked by welding during repair work after last month's port explosion, covered several districts of Beirut in a huge cloud of black, acrid smoke, causing panic in a city still on edge after the blast.

The civil defence said in a statement that firefighters had extinguished the flames on Friday morning after working through the night, and were cooling the site to avoid it flaring up again.

Lebanese President Michel Aoun said at a meeting of the Supreme Defence Council on Thursday night that the fire could have been caused by sabotage, technical error or negligence. He called for a swift investigation.

Many Lebanese are frustrated that they have yet to be told about any initial findings from an investigation into last month's explosion that killed about 190 people and injured 6,000.

The government resigned after the port blast, and Prime Minister-designate Mustapha Adib is racing to form a new cabinet by early next week to meet a two-week deadline agreed under French pressure.