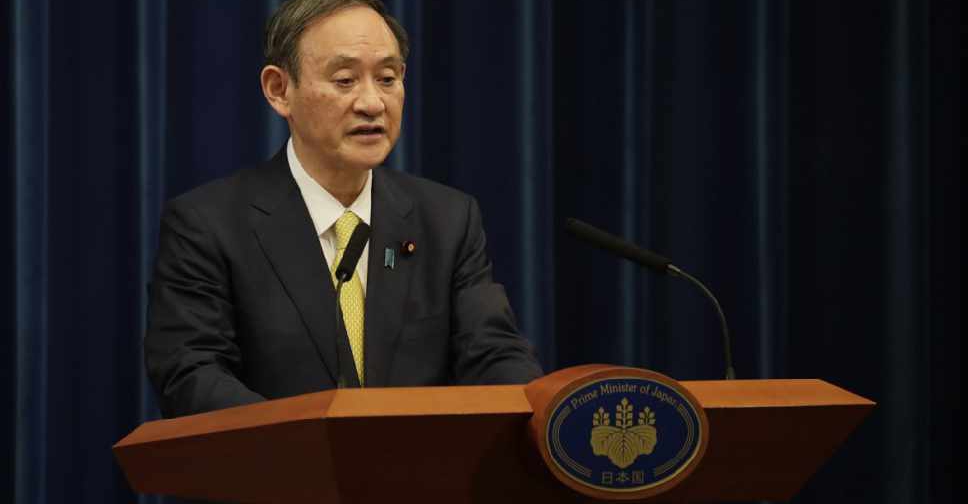 Despite his own public warnings against large group meals, Suga went ahead with a series of get-togethers this week, stirring up criticism from politicians and social media users, including his party's coalition partner.

Yasutoshi Nishimura, the country's economy minister in charge of coronavirus policies, defended Suga's gatherings, telling parliament on Wednesday there was no enforced rule about group meals.

"It is important to make individual decisions, based on balancing between purposes of group meals and infection control measures," Kato told a regular press conference.

On Monday night, Suga joined six others including senior officials at the ruling party gathered at a high-end steak restaurant in Tokyo's Ginza district. All of them are over 70s.

Leaving the restaurant, a 76-year-old actor Ryotaro Sugi told reporters it was a "year-end party", where they talked about baseball.

Another attendee, Toshihiro Nikai, the secretary general of the ruling Liberal Democratic Party, said the dinner guests took off masks to eat but were careful enough.

Suga's outings came after the government abruptly halted a government travel subsidy programme he had long defended, the latest wrangle to overshadow his first months in power.

The stumbles have raised questions about the longevity of Suga's tenure, government officials say, and could complicate his ability to implement difficult reforms.

"The prime minister's schedule has a message to the people, so I would like to see due consideration," said Natsuo Yamaguchi, head of the ruling party's junior partner, Komeito.