India may amend farm reform in the hope of ending protests 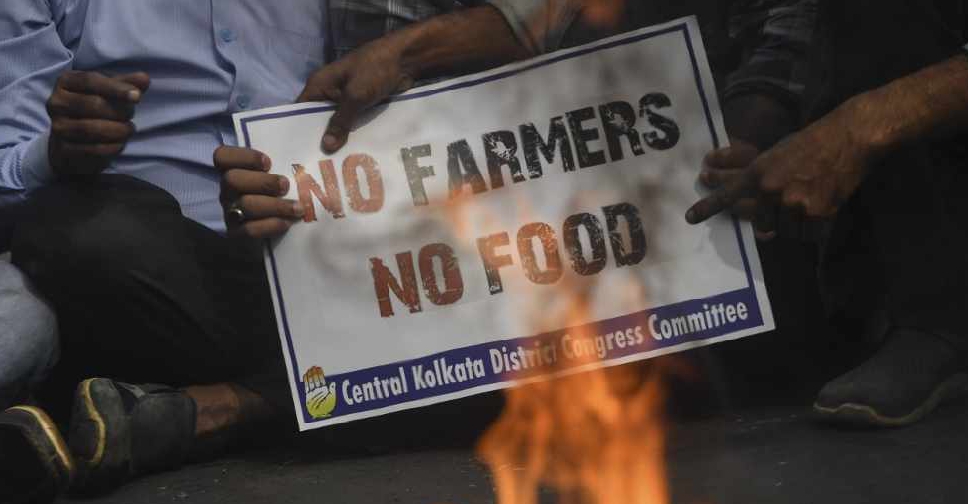 India's government will consider amending reforms that have sparked protests by farmers fearing the end of guaranteed crop prices but it will not abandon the plan, a government official said on Wednesday.

Farmers have been demonstrating for two weeks against the deregulation that will allow them to sell produce to buyers beyond government-regulated wholesale markets, where growers are assured a minimum price.

Small growers fear the change, part of Prime Minister Narendra Modi’s liberalising reforms, will mean the end of price support for staples such as wheat and rice and leave them at the mercy of big business.

The government is set to discuss the laws on Wednesday, sources said, with hopes that an offer of amendments to the legislation will end the opposition.

"We're open to amendments but a complete withdrawal of the laws is just plain impossible," said a senior government official in the agriculture ministry in New Delhi, who declined to be identified.

Talks between leaders of farmers' unions and the government officials have failed to break the deadlock with the farmers demanding the complete rollback of the reforms.

Hannan Mollah, the general secretary of All India Kisan Sabha (All India Farmers' Union), said his members would discuss intensifying their campaign of opposition.

Modi's government is facing criticism from opposition parties that have criticised the reform as a boon for big business but a disaster for India's traditional agricultural markets.