India has no COVID vaccine booster plan yet 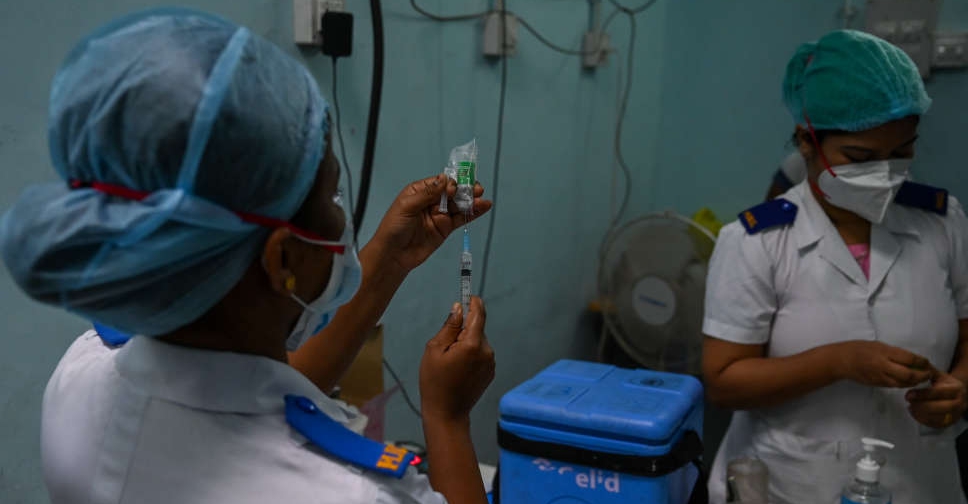 India is not considering authorising booster COVID-19 doses yet as many in the country have been naturally infected and the government believes two doses of a vaccine offers sufficient protection for now, three sources with knowledge of the matter said.

As vaccine supplies have increased, some doctors and public health experts in India have urged the government to start a booster programme for the most vulnerable like many Western nations have done.

But authorities will instead concentrate on having most of India's 944 million adults complete a two-dose vaccination by January before shifting their focus to a big expansion in exports, said the sources who are involved in vaccine-policy discussions.

So far, 81 per cent of India's adults have received at least one dose while 43 per cent have had two doses. Vaccination for people under 18 has not yet begun.

"The priority is to fully immunise the adult population," said one of the sources. The sources declined to be named as the matter was still being discussed by policymakers.

"A big majority has been naturally infected, and for them two doses are enough. That's why we are seeing that even after recent festivals, cases are not rising."

The source said that once most adults have had two vaccine doses, the government could make boosters optional.

The health ministry did not respond to a request for comment.

India reported the most COVID-19 cases and death figures in the world in April and May and government surveys have shown that nearly 70 per cent of Indians were naturally infected by July. The country has so far logged 34.5 million infections - the most after the United States - with more than 465,000 deaths.

Although India celebrated two of its biggest festivals, Diwali and Durga Puja in October and November, infections have fallen to multi-month lows.

Many Western countries are expanding their booster programmes, even for people without compromised immunity - a policy which the World Health Organization has heavily criticised.

Indian vaccine companies like the Serum Institute of India, which produces licenced versions of the AstraZeneca and Novavax shots, expect the government to allow boosters some time early next year.

Dr. Reddy's Laboratories says it is in talks with India's drug regulator to sell Russia's Sputnik Light as a booster dose.

Indian states had more than 216 million vaccine doses in stock as of early Monday. India's vaccine output has more than tripled since April to around 300 million doses a month.