Five killed, including a baby, as car ploughs into pedestrians in Germany 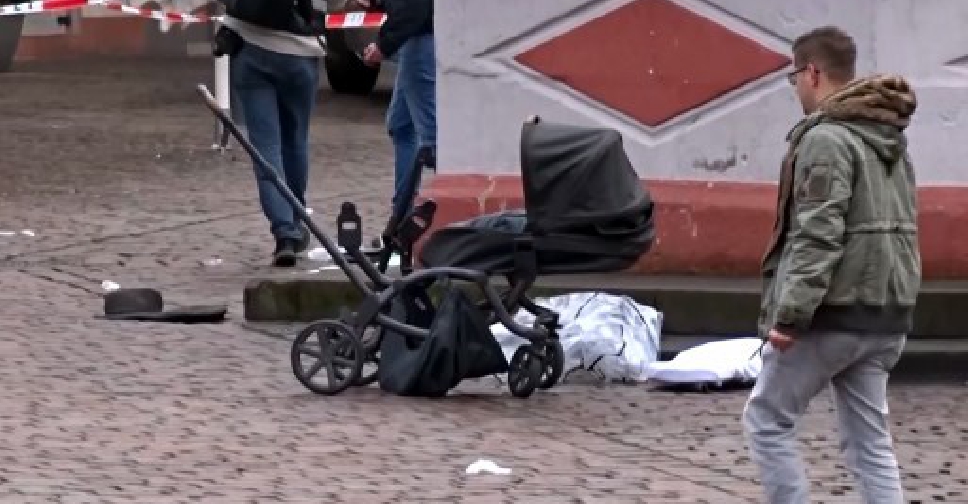 Five people, including a nine-month-old baby, have been killed and up to 15 others were injured, when a speeding car ploughed into a pedestrian area in the western German city of Trier.

Witnesses said people screamed in panic and some were thrown into the air by the car as it crashed through the shopping zone.

"We have arrested one person, one vehicle has been secured," police said, adding that a 51-year-old German suspect from the Trier area had been overpowered within minutes of the incident and was now being questioned.

Trier Mayor Wolfram Leibe said: "It looks as if we are talking about a suspect with mental issues, but we should not pass premature judgement."

Authorities said a more thorough assessment of the suspect's mental health would be necessary to determine whether he could be held criminally liable.

The suspect had spent the last few nights in the vehicle and did not seem to have a fixed address, Trier deputy police chief Franz-Dieter Ankner said. He had borrowed the vehicle, which was registered in someone else's name, and did not appear to have a police record.

Mayor Leibe said a nine-month-old baby was among the dead.

The interior minister of Rhineland-Palatinate state, Roger Lewentz, said two women aged 25 and 73 and a man, 45, all from Trier, were also killed. Later, police said a fifth person had also died, with German media reporting that the latest victim was a 52-year old woman. Several of the injured were in critical condition.

The incident shocked residents of Germany's oldest town, founded by the Romans more than 2,000 years ago.

"We have a driver who ran amok in the city," Leibe told public broadcaster SWR.

"I just walked through the city centre and it was just horrible. There is a gym shoe lying on the ground, and the girl it belongs to is dead," he said. He told broadcaster N-TV that people who saw the incident were "totally traumatised".

The Trierischer Volksfreund quoted a witness as saying a Range Rover was driving at high speed and people had been thrown through the air. It said the car had Trier plates.

Chancellor Angela Merkel said in a statement: "The news from Trier makes me very sad. My sympathy goes to the families of those whose lives were so suddenly and violently torn away from them. I am also thinking of the people who suffered injuries, in some cases very serious ones, and I wish them strength."