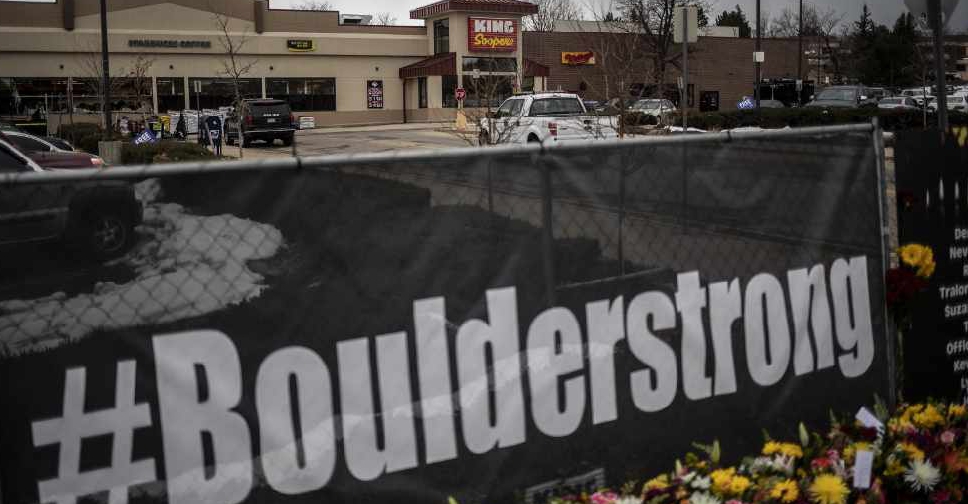 Police were searching for clues on Wednesday into what led a 21-year-old man to open fire at a Colorado supermarket, killing 10 people in the second deadly US mass shooting in a week.

The suspect, Ahmad Al Aliwi Alissa, was in jail awaiting his first court appearance following the rampage on Monday at King Soopers grocery store in the Table Mesa section of Boulder, some 45 km northwest of Denver.

He faces 10 counts of first-degree murder and an attempted-murder charge.

The bloodshed came less than a week after a gunman fatally shot eight people at three Atlanta-area day spas.

Police and FBI agents have called it too early to speculate on the gunman's motives in the Colorado shooting.

Alissa's 34-year-old brother described him to the Daily Beast as "antisocial and paranoid".

The suspect's sister-in-law told police on Monday evening that he had been "playing with" a firearm she described as resembling a "machine gun" two days earlier, upsetting family members, according to an arrest affidavit filed by police in the case.

Alissa, a naturalised US citizen born in Syria, had at least two previous run-ins with the law, according to an Arvada Police Department spokesman: Criminal reports of a third-degree assault in 2017 and of criminal mischief in 2018.

Details were not immediately available, and it was unclear whether Alissa was convicted of an offence.

The gunman arrived at the King Soopers outlet armed with an AR-style semi-automatic rifle and a handgun and wearing a tactical vest, according to the arrest affidavit.

The 10 people slain include Eric Talley, an 11-year veteran of the Boulder police force who was among the first officers on the scene. Talley, 51, was a father of seven who had been looking for less dangerous work, according to a statement released by his father.

Witnesses told police the assailant killed one man in his vehicle then gunned down another in the parking lot. The shooter stood over him, firing multiple times, before entering the store to continue the rampage.

When apprehended, Alissa did not answer questions but asked to speak with his mother, according to the affidavit.

Makeshift memorials of flowers, votive candles and condolence messages sprang up this week outside the supermarket and at police headquarters.

Colorado has seen some of the most shocking episodes of gun violence in US history, including the 2012 mass shooting at a movie theatre in Aurora and the 1999 rampage at Columbine High School, near Littleton.