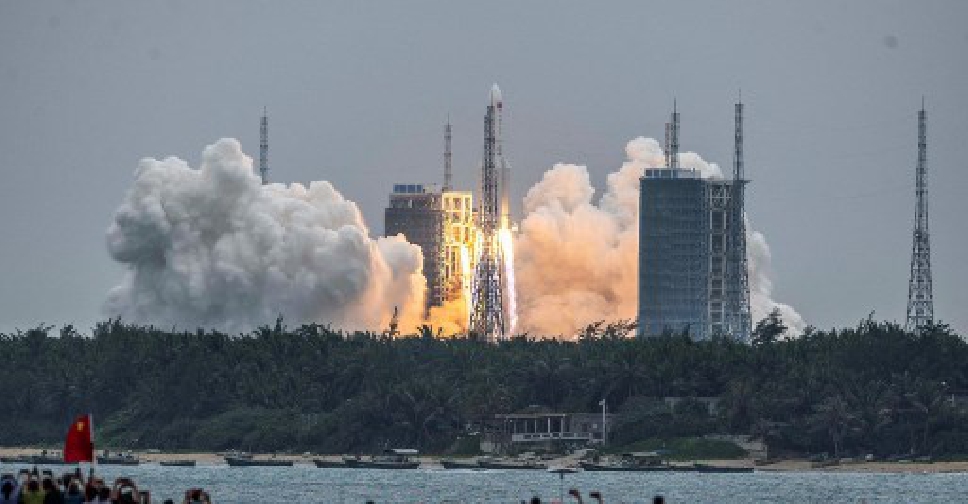 Most debris from a large Chinese rocket expected to plunge back through the atmosphere this weekend will be burned up on reentry and is highly unlikely to cause any harm, Chinese foreign ministry spokesman Wang Wenbin said on Friday.

The statement came after the Pentagon said it is following the rocket's trajectory as it makes an uncontrolled entry into the atmosphere this weekend, with the risk of crashing down in an inhabited area.

The Long March 5B rocket blasted off from China's Hainan island on April 29, carrying the unmanned Tianhe module, which contains what will become living quarters on a permanent Chinese space station.

The location of the rocket's descent into Earth's atmosphere as it falls back from space "cannot be pinpointed until within hours of its reentry", which is projected to occur around May 8, U.S. Space Command said this week.

Speaking in Beijing, Foreign Ministry spokesman Wang Wenbin said China was closely following the rocket's reentry into the atmosphere, and that most of its components would be burned up upon re-entry.

"The probability of this process causing harm on the ground is extremely low," he said.

Debris from the Long March 5B is likely to fall in international waters, China's Global Times reported on Wednesday.

Based on its current orbit, the debris trail is likely to fall somewhere as far north as New York, Madrid or Beijing and as far south as southern Chile and Wellington, New Zealand, or anywhere in between, Harvard-based astrophysicist Jonathan McDowell told Reuters this week.

The Tianhe launch was the first of 11 missions needed to complete the Chinese space station.