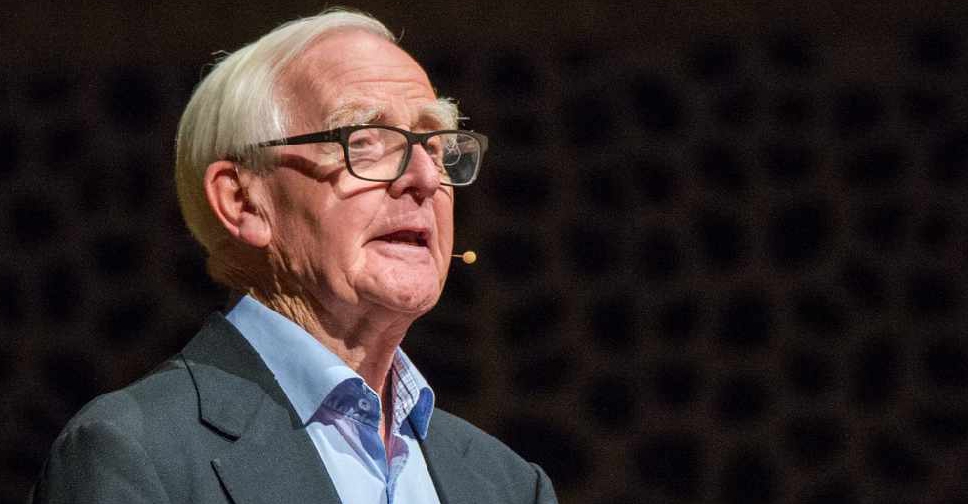 His agent said in a statement that David Cornwell, known to the world as John le Carre, died after a short illness in Cornwall, southwestern England, on Saturday evening.

"His like will never be seen again, and his loss will be felt by every book lover, everyone interested in the human condition," said Jonny Geller, CEO of The Curtis Brown Group.

Le Carre was survived by his wife, Jane, and four sons.

The family said in a brief statement he had died of pneumonia.

By exploring treachery at the heart of British intelligence in spy novels, le Carre challenged Western assumptions about the Cold War by defining for millions the moral ambiguities of the battle between the Soviet Union and the West.

Unlike the glamour of Ian Fleming's unquestioning James Bond, le Carre's heroes were trapped in the wilderness of mirrors inside British intelligence which was reeling from the betrayal of Kim Philby, who fled to Moscow in 1963.

"It’s grey. Half angels fighting half devils. No one knows where the lines are," Sachs says in the final novel of Le Carre's Karla trilogy.

Such a bleak portrayal of the Cold War shaped popular Western perceptions of the rivalry between the Soviet Union and the United States that dominated the second half of the 20th century until the collapse of the Soviet Union in 1991.

The Cold War, for le Carre, was A Looking Glass War (the name of his 1965 novel) with no heroes and where morals were up for sale - or betrayal - by spy masters in Moscow, Berlin, Washington and London.

Betrayal of family, lovers, ideology and country run through le Carre's novels which use the deceit of spies as a way to tell the story of nations, particularly Britain's sentimental failure to see its own post-imperial decline.

Such was his influence that le Carre was credited by the Oxford English Dictionary with introducing espionage terms such as "mole", "honey pot" and "pavement artist" to popular English usage.

British spies were angry that le Carre portrayed the MI6 Secret Intelligence Service as incompetent, ruthless and corrupt. But they still read his novels.