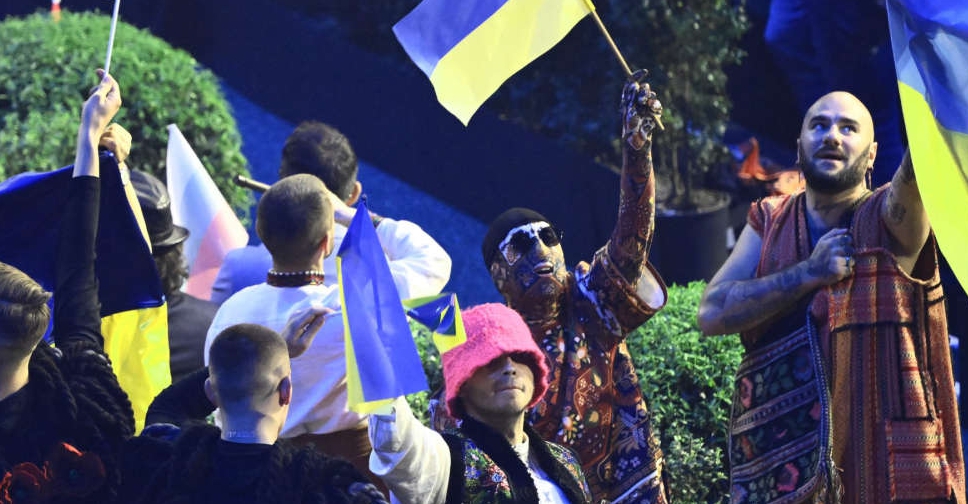 Favourites Ukraine qualified for the grand final of the Eurovision Song Contest at the first semi final on Tuesday.

"We understand that we must be totally focused and concentrated, because we are here to show that Ukrainian culture and Ukrainian music exist," lead singer of Kalush Orchestra, Oleh Psiuk, told journalists at a news conference after the results came through.

The folk-rap group's song "Stefania", dedicated to Psiuk's mother, has been the favourite to win over the past week of rehearsals.

They will be joined in the final by Norway, Switzerland, Armenia, Lithuania, Iceland, Portugal, Greece, Moldova and the Netherlands, as well as 10 further qualifiers from Thursday's semi-final and the "Big 5" who automatically qualify: Italy, Spain, the United Kingdom, Germany and France.