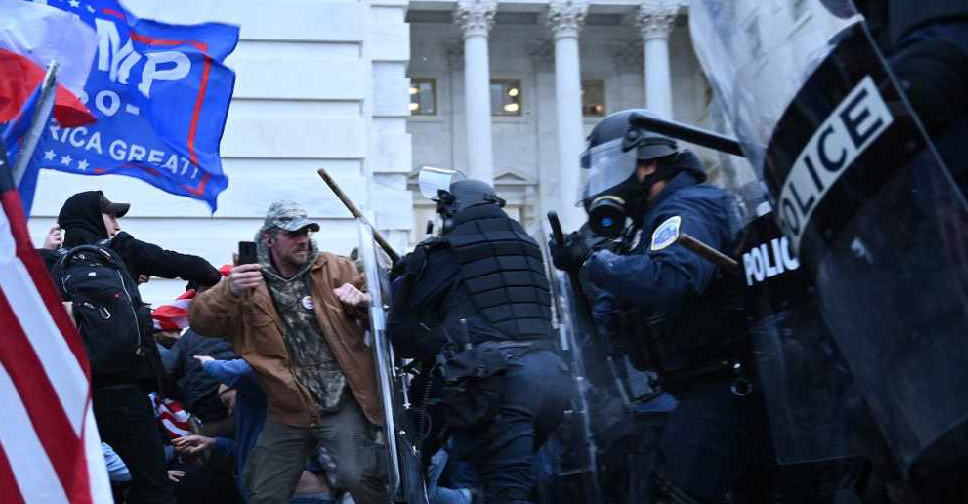 Twitter, Facebook and Snap temporarily locked the accounts of US President Donald Trump, as tech giants scrambled to crack down on his baseless claims about the US presidential election.

Twitter hid and mandated the removal of three of Trump's tweets "as a result of the unprecedented and ongoing violent situation in Washington, DC," after pro-Trump protesters stormed the US Capitol in an attempt to force Congress to block the appointment of President-elect Joe Biden.

Four people died on Capitol grounds in the chaos, including a woman who was shot and killed inside the building.

The president and his allies for months have amplified unsubstantiated claims of election fraud, driving the organising for the day's demonstration.

Trump said in a tweet on Wednesday, later taken down by Twitter, that the storming of the building was a natural response. He also blamed Vice President Mike Pence for lacking "courage" to pursue the claims of election fraud.

Twitter locked Trump's account until 12 hours after he deletes those tweets and a video in which he alleged the presidential election was fraudulent and urged protesters to go home. If the tweets are not deleted, the account will remain locked.

Facebook later said it would block Trump's page from posting for 24 hours, with vice president of integrity Guy Rosen tweeting the video "contributes to rather than diminishes the risk of ongoing violence".

The company said in a blog post that it would ban calls to bring weapons to locations across the country and would remove any support for the events at the Capitol.

A White House spokesman did not respond to a request for comment.