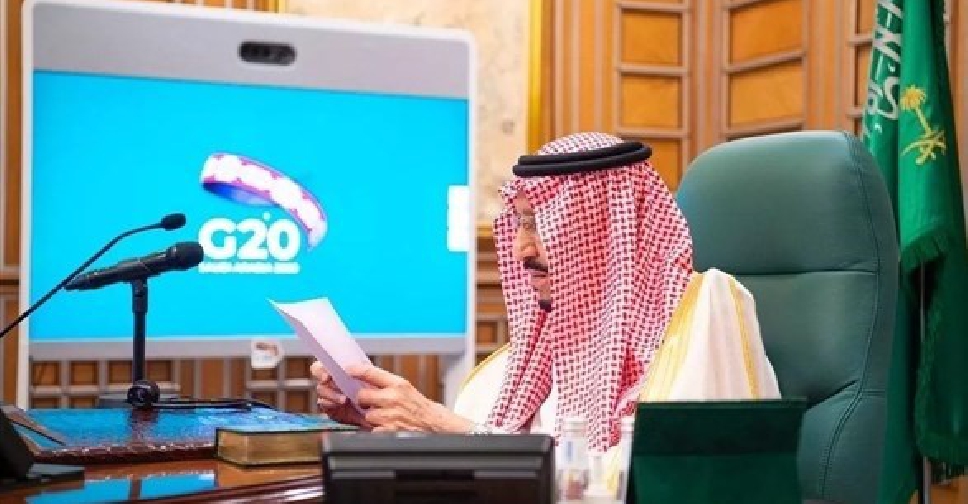 The Kingdom of Saudi Arabia has announced that the G20 summit will be held virtually in two months time.

The event will take place from November 21 to 22 under the chairmanship of the Custodian of the Two Holy Mosques, King Salman bin Abdulaziz Al Saud.

Organisers say they plan to build on the success of the virtual extraordinary G20 Leaders’ Summit at the end of March and the results of more than 100 online working groups and ministerial meetings.

November's remote gathering will focus on protecting lives and restoring growth, by addressing vulnerabilities exposed during the COVID-19 pandemic and by laying down the foundations for a better future.

It will also foster international action to realise the opportunities of the 21st century, by empowering people and protecting the planet, while harnessing innovation's potential to shape new frontiers.

The G20 bloc is leading the fight against COVID-19 taking swift and unprecedented actions to protect lives, livelihoods and the most vulnerable.

The group has contributed more than US$ 21 billion to support the production, distribution, and access to diagnostics, therapeutics, and vaccines; and offered US$11 trillion to safeguard the global economy. It has provided more than US$14 billion in debt relief for less developed countries to finance their health systems and social programmes.