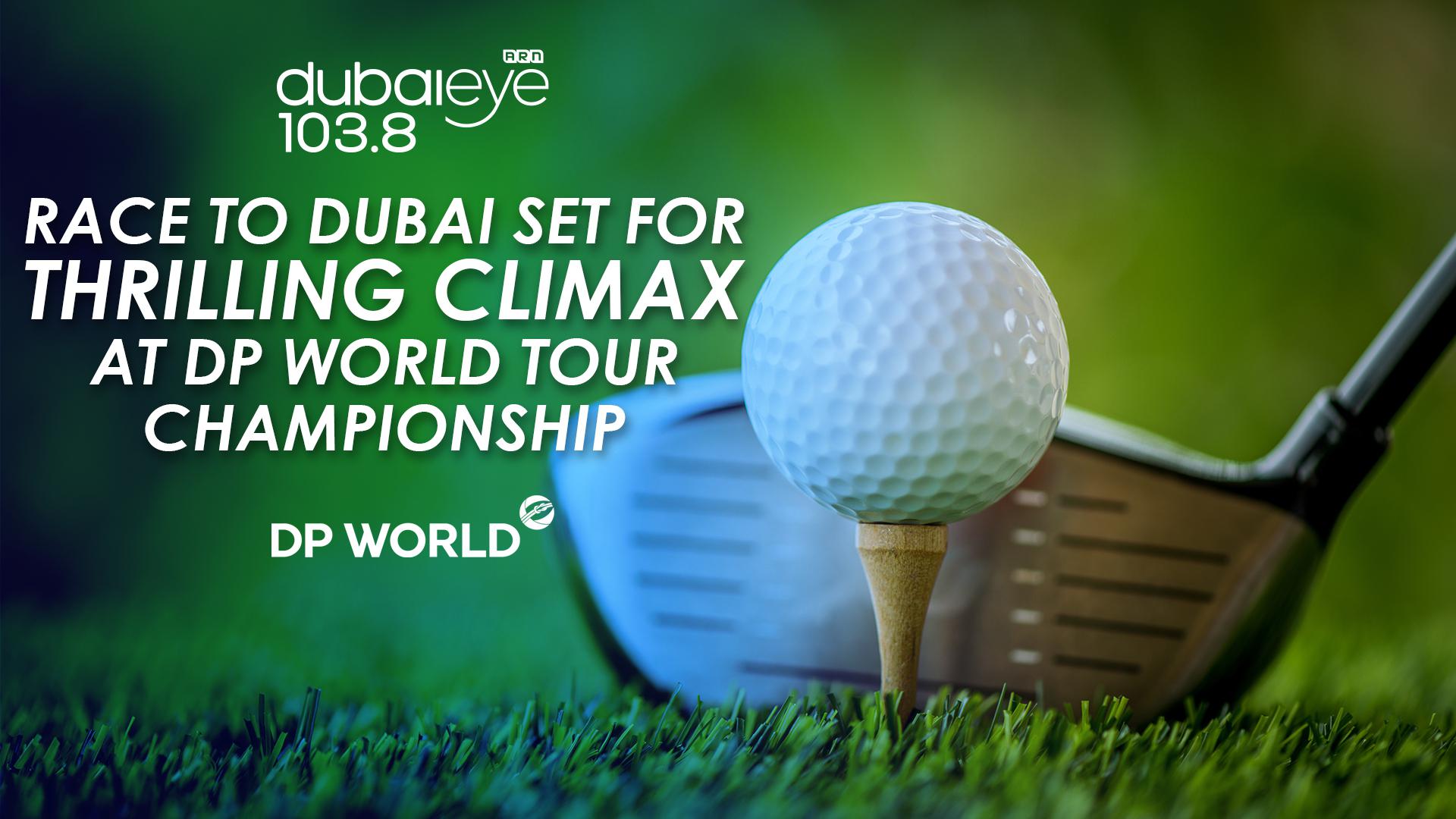 Dubai Eye 103.8 will be broadcasting LIVE from the 12th DP World Tour Championship which takes place from December 10 to 13 on the Earth course at Jumeirah Golf Estates.

It is the fourth and final Rolex Series event of the reshaped 2020 Race to Dubai, following on from the Abu Dhabi HSBC Championship, Aberdeen Standard Investments Scottish Open and BMW PGA Championship.

The Earth Course at Jumeirah Golf Estates in Dubai has hosted the season-ending event every year since 2009.

The DP World Tour Championship (and Golf in Dubai Championship presented by DP World from December 2 to 5) will be the first international sporting events in the country with on-site attendance since lock-down.

Attendance at both events will be for invited guests only. 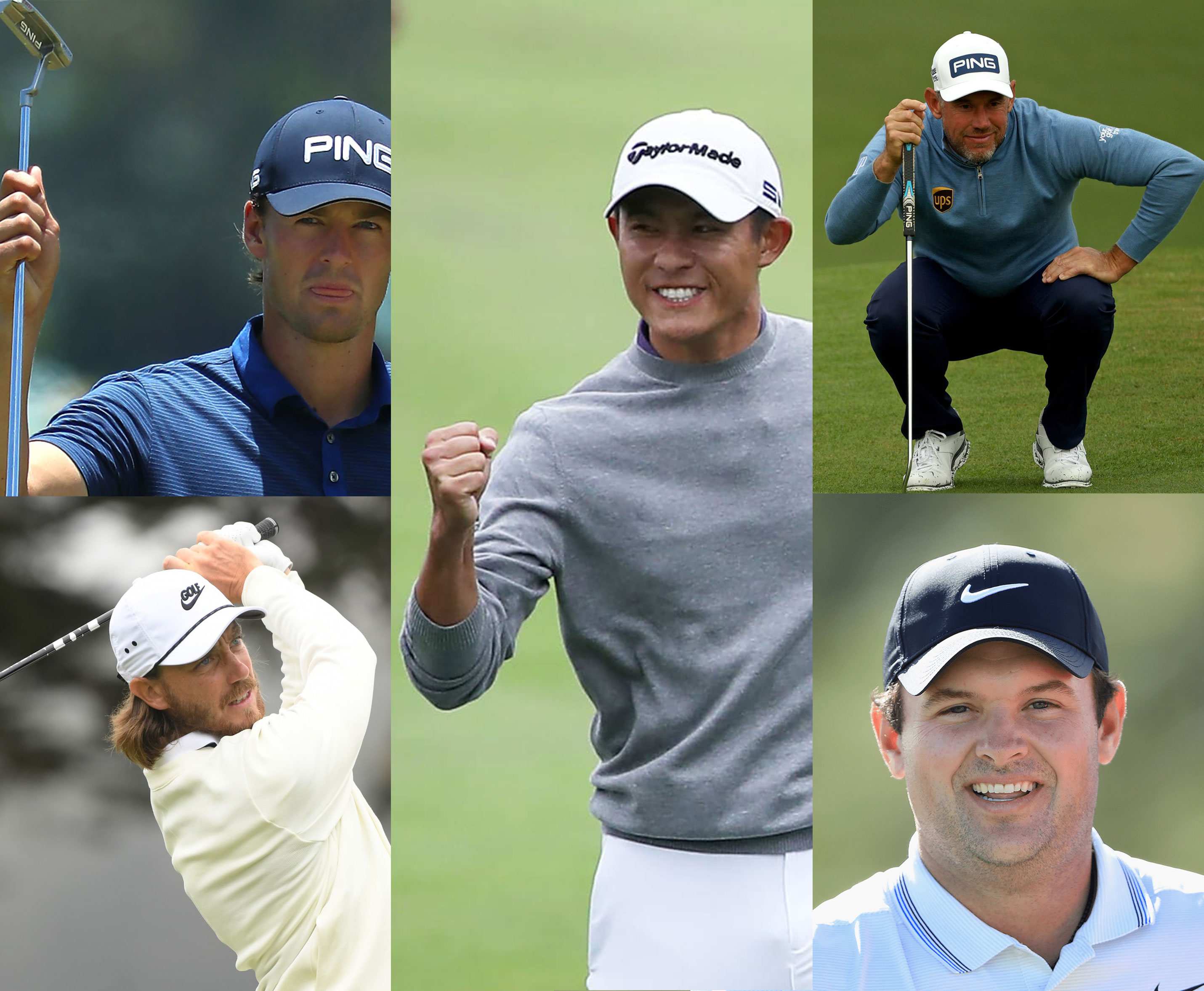 The player field, estimated to be in the region of 65 players has taken shape with a strong mix of former DP World Tour Champions and Race to Dubai winners, new faces from the PGA Tour, Major Champions, Ryder Cup Players, and numerous European Tour winners and rising stars.

Race to Dubai leader Patrick Reed will return to the DP World Tour Championship, Dubai from December 10-13, hoping to become the first American to be crowned European Tour Number One at the fourth Rolex Series event of the 2020 season.

The Ryder Cup star, who won the 2018 Masters Tournament, currently leads the Race to Dubai Rankings Presented by Rolex by more than 450 points from 2017 Harry Vardon Trophy winner Tommy Fleetwood, who will also be heading to Jumeirah Golf Estates next month along with US PGA Champion Collin Morikawa, Lee Westwood and Victor Perez, who complete the top five.

The 30-year-old has made no secret of his aim of winning the Race to Dubai since first taking up European Tour membership in 2015. The current World Number 11 finished runner-up to Danny Willett in 2018 on the Earth Course at Jumeirah Golf Estates and has also recorded two top tens in four appearances in the Race to Dubai finale.

Reed returned to the top of the Race to Dubai Rankings after finishing in a share of third place at the BMW PGA Championship at Wentworth, the penultimate Rolex Series event of the 2020 season. He topped the standings earlier in the year after his victory at the WGC-Mexico Championship in February, his second World Golf Championship title.

“Winning the Race to Dubai and the European Tours’ Order of Merit has always been a goal of mine. I came close in 2018 and you can bet I will do my best to earn the Number One spot,” said Reed.

“The DP World Tour Championship is an event I’ve been looking forward to since the rescheduled season was announced and it will be a great way to end 2020. Being a worldwide player is certainly at the forefront of my mind as a professional. Experiencing new cultures and playing in different conditions ultimately helps me become a more well-rounded golfer and person.

“I enjoy meeting new fans and traveling to different parts of the world to help grow the game of golf, and I truly enjoy the different cultures and countries that we visit and to be able to play at some of the best courses around the world, is such a gift, and something that I am truly grateful to be able to do.

“It would be an honour to become the first American to win the Race to Dubai and I’m really looking forward to the challenge of competing at the DP World Tour Championship in Dubai.”

Westwood will aim to become just the third English golfer in history to win the Harry Vardon Trophy on three occasions alongside Bernard Hunt and Peter Oosterhuis, who went on to top the rankings for a fourth consecutive year in 1974, while Fleetwood could emulate Westwood and Nick Faldo’s achievements if he were to win his second Race to Dubai title in the space of four seasons.

Westwood said: “I’ve had some success in Dubai over the years and it is somewhere I always enjoy playing golf, so it will be great to end the year with two tournaments there. I’m in a good position on the Race to Dubai and hopefully I can play well in both weeks and finish the year strongly.

“It’s a big honour for any player to be crowned the European Tour’s Number One. I’ve done it twice before so it’s great to have another chance again this year.”

Fleetwood added: “Winning the Race to Dubai was one of the proudest moments of my career so far and I’m looking forward to being back at Jumeirah Golf Estates in a few weeks’ time with the chance to become European Number One. I’ve gone close the past two years in Dubai, finishing second and third in the Rankings, and another Race to Dubai title would be very special to me, so I’m fully focused on the task ahead at the DP World Tour Championship.”

Set to make his first start in a regular European Tour event, Morikawa will hope to cap an incredible season with a strong performance at the DP World Tour Championship. The 23-year-old became the third-youngest golfer to win the US PGA Championship when he triumphed at TPC Harding Park and set a new scoring record for the final 36 holes of the tournament with 129 strokes on what was just his 28th start as a professional golfer.

“I’m excited to travel to Dubai and play there for the first time. I've had the opportunity to play outside the United States a few times, which I think is important to experience early in my career, and I'm looking forward to playing in a new environment in the Middle East,” said Morikawa. “The opportunity to win the Race to Dubai is a thrill and it would be a great way to end an unforgettable year.”

Currently fifth on the Race to Dubai Rankings, Frenchman Perez will go in search of a second European Tour title when he returns to Dubai, alongside his 2019 Alfred Dunhill Links Championship success.

The 28-year-old has enjoyed an impressive 2020 campaign with runner-up finishes at two of the four Rolex Series events of the season, the Abu Dhabi HSBC Championship and BMW PGA Championship.

“I’m in a great position on the Race to Dubai and it would be an honour to finish the year as European Number One," said Perez. "I really enjoyed my first experience of the DP World Tour Championship last year, so I’m looking forward to returning with a chance of winning the Race to Dubai. The Rolex Series events are the highlights of our season, and everyone seems to raise their game for them; I'm excited for the challenge."