Watch the Olympics opening ceremony at this time in the UAE 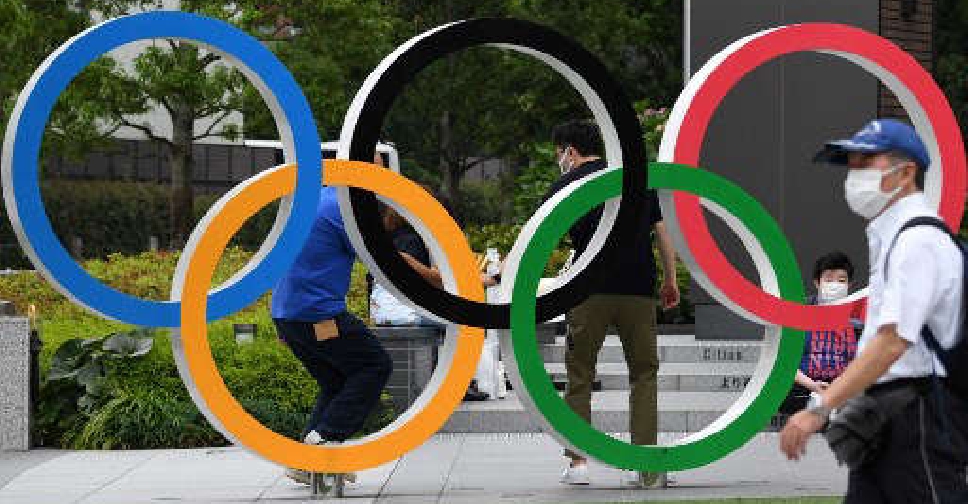 The Olympic rings is displayed near the National Stadium, main venue for the Tokyo 2020 Olympic and Paralympic Games in Tokyo. Kazuhiro NOGI / AFP

The Tokyo Olympics opens on Friday with a ceremony reflecting a Games like no other, walking a fine line between celebrating the feats of the world's best athletes while acknowledging the global hardship caused by the coronavirus pandemic.

The live telecast of  the opening ceremony will begin at 3 pm GST (time zone in the United Arab Emirates).

Postponed for a year, organisers were forced to take the unprecedented step of holding the Games without fans as the pandemic continues to take lives around the world.

The normally star-studded display teeming with celebrities will have fewer than 1,000 people in attendance.

Regardless, it marks a coming together of the world, with an audience of hundreds of millions around the globe and at various stages of the pandemic expected to tune into together to watch the start of the greatest show in sport.

It will cap a rollercoaster 18 months of preparations for the athletes hoping to realise their career dreams.

Some will use the occasion to make statements about equality and justice and several nations will be represented by a man and a woman after the organisers changed their rules to allow two flagbearers.

Australia's co-flag bearer Patty Mills said that as "a proud Indigenous man," bearing the flag took on a particular meaning.

"It’s identity, it’s being able to showcase who you are throughout the world. It’s one of those things that makes you proud of who you are. We have definitely come a long way for Australian sport and it’s special.”

Japan had billed the Olympics as an echo of the 1964 Tokyo Games, which marked the country's return to the world stage after its devastating World War Two defeat, but this time showcasing its recovery from the 2011 earthquake, tsunami and nuclear crisis.

When Tokyo was picked as Games host in 2013, crowds screamed themselves hoarse with joy and bartenders served free drinks to jubilant patrons despite the announcement coming in the middle of the night.

But in 2020 the coronavirus struck, with lockdowns forcing the unprecedented postponement only four months before the Games were supposed to open, while scandals and problems plagued preparations.

That didn't stop dozens of people who braved scorching heat and heavy security to get a photo in front of Tokyo's Olympic Stadium on Friday morning, hours before the Games' opening ceremony.

"The coronavirus pandemic started, and it was a tough year," said Etsuko Iyazama, a 62-year-old retiree and ticket holder. "I hope people will say in the end that it was good that we held the Olympics."

The opening will take place without the usual mass choreography, huge props and the cornucopia of dancers, actors and lights associated with past celebrations.

One moment of enduring magic could come when organisers reveal the final runner carrying the Olympic flame in the long relay that began in Greece and lighting the stadium's cauldron.

The identity of the final torchbearer is one of the Games' most closely held secrets. Speculation has swirled around well known athletes such as former Seattle Mariners baseball player Ichiro Suzuki, Shohei Ohtani of the Los Angeles Angels, and Grand Slam tennis champion Naomi Osaka.

A vastly smaller number of athletes will march in the teams' parade, with many planning to fly in just before their competitions and leave shortly after to avoid infections.

Only 15 global leaders are in attendance, along with Japanese Emperor Naruhito, who will formally open the Games as his grandfather Hirohito did in 1964, and U.S. First Lady Jill Biden.

The ceremony is marked by high-profile absences, including former Prime Minister Shinzo Abe, who wooed the Games to Tokyo. A number of top sponsors and economic leaders will also stay away, highlighting strong opposition to the sporting extravaganza in COVID-fatigued Japan.

In a recent poll, 68% of respondents expressed doubt about the ability of Olympic organisers to control coronavirus infections, with 55% saying they opposed the Games going ahead.

Only a third of Japanese have had even one dose of vaccines, prompting worries the Games could become a super-spreader event. More than 100 people involved with the Olympics have already tested positive.

The Olympics have been hit by a string of scandals earlier this year, including the exit of the former head of the organising committee as well as its creative chief, over derogatory comments about women.

This week, the director of the opening ceremony was fired over jokes he had previously made about the Holocaust, while a composer of its music was forced to step down after old reports of his bullying of disabled classmates surfaced.

Originally expected to be a massive boon to Japan's economy, the banning of overseas spectators put paid to hopes of an early recovery in tourism, frozen since last year.

Organisers said the entire cost of holding the Games would come to about $15.4 billion, including close to $3 billion in costs for the postponement, although experts estimate total costs of hosting the event to be even higher.

The Games run until Aug. 8.

About 11,000 athletes from 204 national Olympic committees are expected, along a team of refugee athletes competing under the Olympic flag.