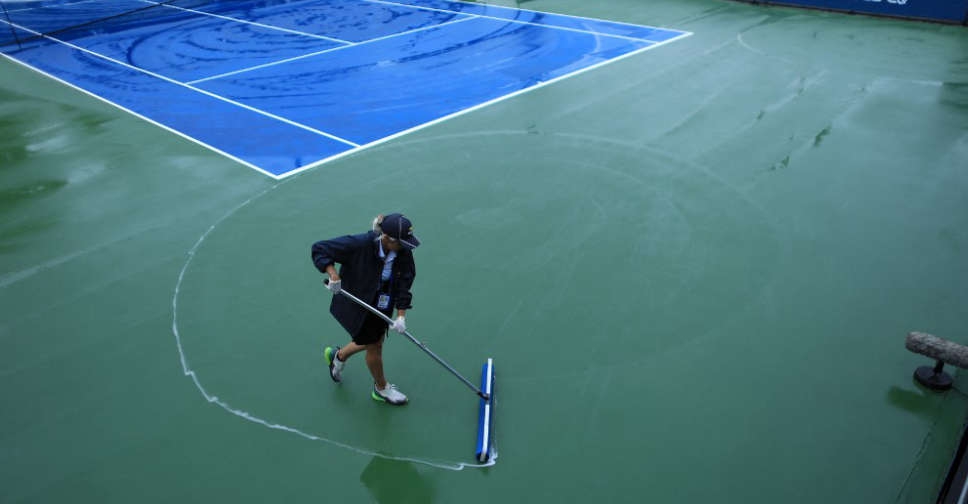 A water-logged US Open delayed the start of Day Four action on Thursday, hours after remnants of Hurricane Ida brought torrential rains and high winds to the grounds.

One match that was being played under a roof was interrupted.

The powerful storm led the National Weather Service to declare a flash flood emergency in New York City for the first time in history, with at least nine deaths reported in the region.

In a statement early on Thursday, the tournament said it was evaluating the site's readiness and would issue an updated schedule.

The main gates will not open before 11 a.m. ET (1500 GMT), when matches were originally scheduled to commence.

Fans and players may have a difficult time getting to Flushing Meadows in Queens, where the year's final Grand Slam is held.

Nearly all New York City subway lines were suspended due to flooding overnight, though some service had been restored as of Thursday morning, and widespread road closures remained.

The three major commuter train lines that serve the New York region were either entirely suspended or experiencing significant delays.

At Louis Armstrong Stadium on Wednesday, strong winds blew rain sideways into the court despite the retractable roof, forcing Diego Schwartzman to finish his win over Kevin Anderson at Arthur Ashe Stadium after a lengthy delay.

The second-round match between former champion Angelique Kerber and Ukraine's Anhelina Kalinina, originally scheduled to begin after Schwartzman and Anderson, was pushed to Thursday, along with dozens of other matches that could not be completed due to the rain.