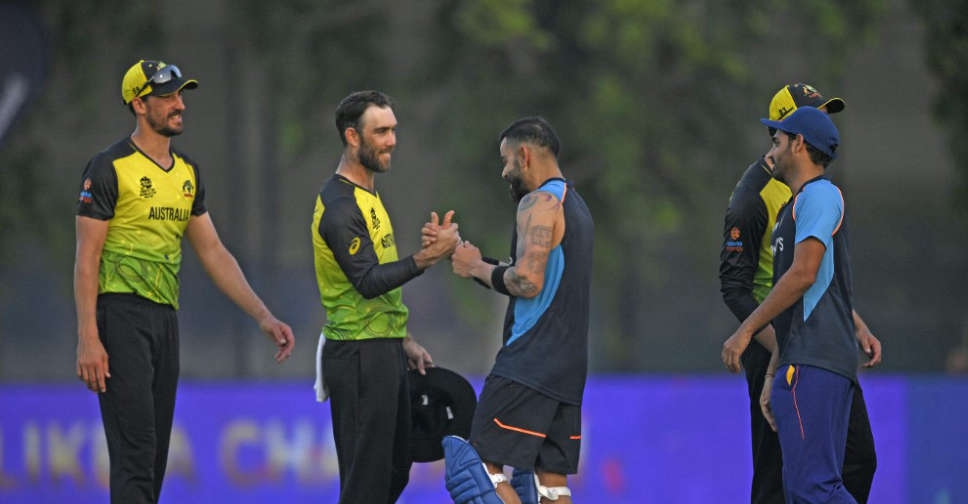 Steve Smith has branded India favourites to win the T20 World Cup after Virat Kohli's side outclassed Australia in a warmup match on Wednesday.

Smith scored a half-century to help Australia post a competitive 152 for five in the tuneup in Dubai but India's batsmen mowed down the total with 13 balls to spare to win by eight wickets.

"They're a terrific side, they've got all bases covered and some serious match-winners," Smith said after his 57 from 48 balls.

"They've all been playing in these conditions the last couple of months with the IPL (Indian Premier League). So they'll be used to that."

Australia's bowlers captured only one wicket, with spinner Ashton Agar removing opener Lokesh Rahul for 39. Rohit Sharma retired after a 41-ball 60 to allow Hardik Pandya (14 not out) a bat with Suryakumar Yadav (38 not out).

All-rounder Marcus Stoinis bowled for the first time since suffering a hamstring injury during the IPL, conceding 16 runs from his two overs.

The form of David Warner remains a major concern for Australia after the opener was trapped lbw by Ravichandran Ashwin for one.

Warner, who was dropped by IPL team Sunrisers Hyderabad after twin failures with the bat, has managed only three runs from his last four innings.

The lefthander was not alone in his struggles, with Finch out for eight and all-rounder Mitchell Marsh, batting at number three, removed by Ashwin for a first-ball duck.

Smith combined with Glenn Maxwell (37) and Stoinis (41 not out) to rally the Australians.

The former skipper was glad to get runs after being barely used by Delhi Capitals on the IPL's resumption in the Middle East.

"I feel like I've been hitting the ball really well," he said.

"I haven't played too many games in the IPL but I've spent a lot of time in the nets, working on things and getting used to conditions."