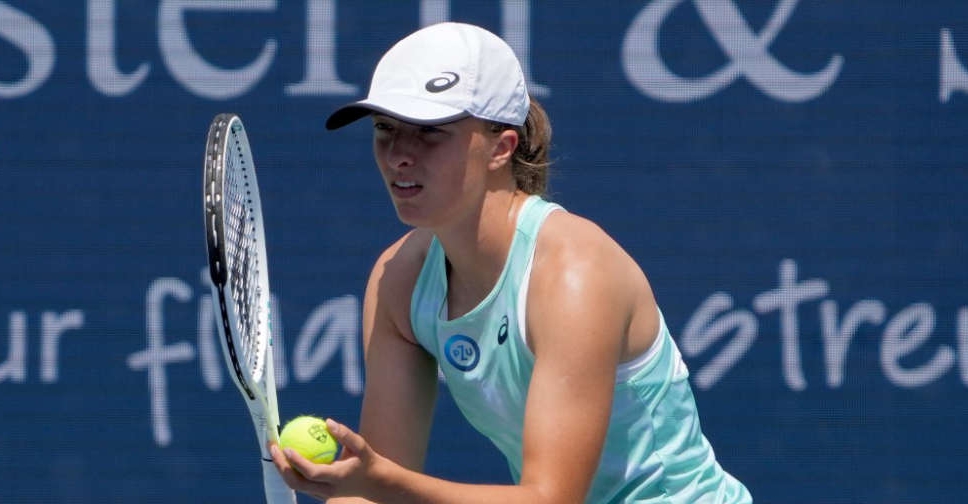 World number one Iga Swiatek and reigning US Open champion Emma Raducanu were both knocked out of the Cincinnati Open on Thursday, while second seed Anett Kontaveit also had her preparations for Flushing Meadows cut short in the round of 16.

Raducanu had beaten former Grand Slam champions Serena Williams and Victoria Azarenka in the previous two rounds but was brought down to earth with a bump in a 7-5 6-4 loss to American seventh seed Jessica Pegula.

Another American, Madison Keys, earlier accounted for Swiatek to take her place in the quarter-finals and register her first win over a reigning world number one.

Swiatek saved four match points but was far from her best as she exited a second tournament in the North American swing at the last-16 stage after last week's Canadian Open.

Keys had failed to take a set off the Pole in two previous meetings but was far more clinical with her powerful returns and groundstrokes, breaking the world number one five times in the 6-3 6-4 victory.

"I obviously had a couple of games with a couple of match points, but I'm just so happy to be able to get the win," said Keys, the 2019 Cincinnati champion.

"The last time I played her she beat me pretty badly, so I'm pretty glad to get that one under my belt."

Keys will next face Wimbledon champion Elena Rybakina, who beat Alison Riske-Amritraj 6-2 6-4 to sail into the quarter-finals.

Wimbledon finalist and fifth seed Ons Jabeur also made her exit, ushered out of the door by twice major winner Petra Kvitova 6-1 4-6 6-0.

"The restaurant is still open and I'm going to get five Graeter's ice creams," said Tomljanovic, who was backing up after finishing her previous match at 1.30 a.m. local time on Thursday.

World number two Kontaveit looked to have taken charge of her tie against Zhang Shuai when she won the opening set at a canter but her Chinese opponent dug deep to claim a stunning 2-6 6-4 6-4 upset.

Eighth seed Aryna Sabalenka later takes on Shelby Rogers for a place in the last eight.