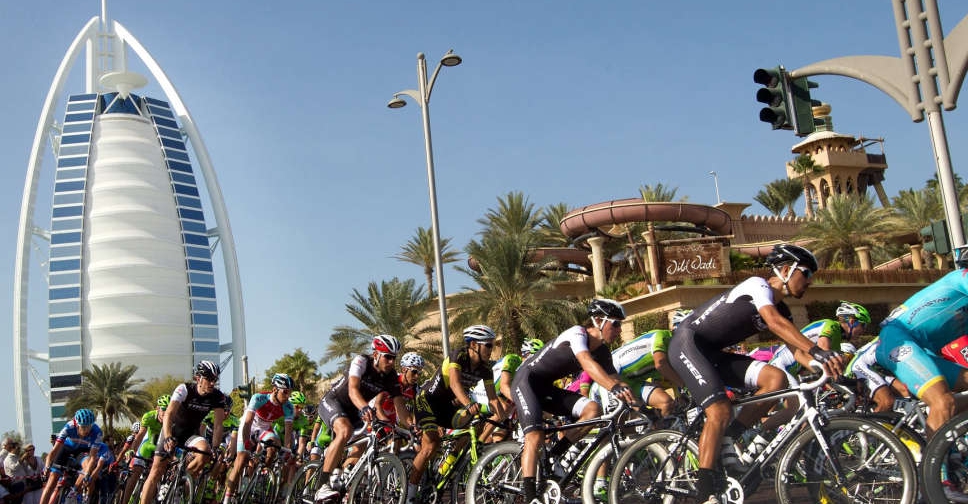 He said the vision of His Highness Sheikh Mohammed bin Rashid Al Maktoum, Vice President and Prime Minister of the UAE and Ruler of Dubai, and the directives of His Highness Sheikh Hamdan bin Mohammed bin Rashid Al Maktoum, Crown Prince of Dubai, have enabled the emirate to emerge as a major hub for international sporting events and a favourite destination for sports stars from around the world.

According to the Dubai Sports Council, more than 20,000 people are currently employed in the emirate's sports sector, while around 1.5 million people regularly engage in sports and physical activities in Dubai.

Over 400 sports events, of which 130 are international, are organised in the emirate.

The sports sector’s contribution to Dubai's economy exceeds AED 4 billion annually. We follow a clear strategy inspired by @HHShkMohd’s vision & the directives of @HamdanMohammed to make sports a way of life & to solidify Dubai's position as the best place to live & work. pic.twitter.com/3GW1F5nGkR

The city is also home to more than 400 academies, that offer expert training in all kinds of sports, and more than 100 public and private sports clubs.

Dubai has five factories that manufacture sports equipment and sportswear, in addition to more than 2,500 outlets that sell training equipment and merchandise.

The emirate also has over 350 registered companies that organise various sports events and training camps.

Many participants in the Tokyo Olympic and Paralympic Games, including the Olympic men’s badminton champion, Denmark’s Viktor Axelsen, have chosen Dubai as a place where they can prepare for international championships, making use of the exceptional training facilities available here.

Several Asian and European football clubs have also had their camps in Dubai in the past eight months, alongside a number of tennis and paddle players, who have regularly used the emirate to prepare for events.

Dubai has also emerged as a leading holiday destination for sports stars from around the globe.

Enamoured by Dubai’s top-class amenities and high quality of life, and also the newly-introduced Golden Visa - more than 200 of these sports stars – including tennis ace Roger Federer, Formula One champion Fernando Alonso, former Italy player and manager of the 2020 Euro-winning team, Roberto Mancini, and a number of other former football players like Nicolas Anelka, and Eric Abidal – now call the emirate their home.

Over 1.5 million people exercise regularly in Dubai. There are more than 400 sports events, including 130 int’l championships. Dubai is home to approximately 400 sports academies & around 100 gov’t & private clubs in addition to over 400 modern fitness training centres. pic.twitter.com/8Gd3VaqZ8N