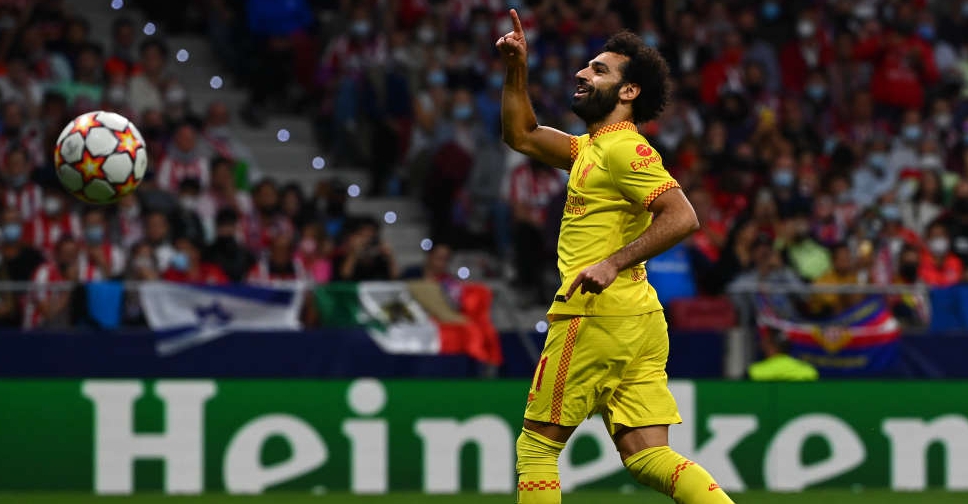 Liverpool's Mohamed Salah continued to write his name in the record books as they edged out Atletico Madrid 3-2 on Tuesday, becoming the team's top footballer in the Champions League with his winning penalty in the second half.

Salah took his tally in the competition for the club to 31 goals with a double in Madrid, surpassing the record of former captain Steven Gerrard, who had bagged 30.

The Egyptian also set a club record by scoring for the ninth game in a row in all competitions, but it was not an easy match to watch for coach Juergen Klopp, who saw his side throw away a two-goal first-half lead before Salah saved them from the penalty spot.

"At halftime, I think everyone in the stadium thought it was only going one way and we thought 'let's give it a proper try again,'" Klopp told BT Sport.

His side's recovery was helped by a red card for Antoine Griezmann, whose two goals had brought the home side back into the game before he was sent off in the 52nd minute, and a foul on Diogo Jota for the penalty that ensured victory.

"We played a really solid second half in a tough game with intense football from both teams. We got the penalty, then there was a red card and obviously it was in our favour," Klopp explained.

Atletico Madrid were denied a late penalty of their own, and there was no handshake between Klopp and his opposite number Diego Simeone at the final whistle, although the Liverpool boss said there was no bad blood between the two.

"I want to shake his hand. His reaction for sure, like mine, was not so cool, but we are both emotional. When I see him next time we will shake hands, definitely," Klopp said.

"It's nothing. He was obviously angry, not with me but with the game. There is nothing else."