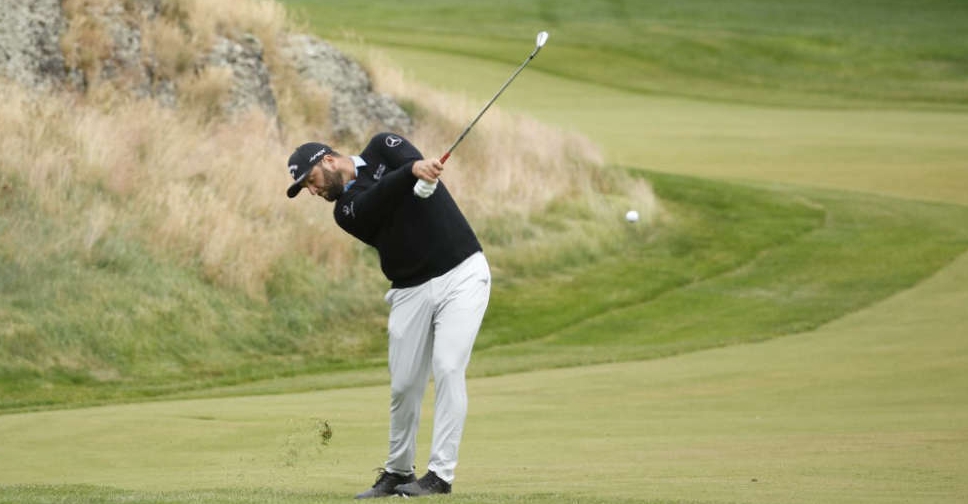 Defending US Open champion Jon Rahm is keeping a positive mindset despite making a mess of the 18th hole on Saturday where a closing double-bogey left him one shot behind the co-leaders going into the final round.

World number two Rahm looked set to grab the 54-hole lead before his tee shot at the par-four closing hole landed in a fairway bunker.

The Spaniard's next shot slammed into the lip of the bunker and his ball rolled back toward his feet, while his next attempt found a greenside bunker from where he had a buried lie.

"I played good. It's a good round of golf. Obviously, I think a lot of people are just thinking about 18. The truth is, 18, it was six good shots. Unfortunately, it added up to six, but it was all good swings," said Rahm.

"If anything, it was maybe a choice or a decision on the fairway bunker, but swings were good, so execution was proper. So I'm happy about that in that sense."

For Rahm, who said he was trying to be "too cute" with his second shot in search of a birdie, it was the first double-bogey of the week, following a sizzling run in which he made three birdies over four-hole stretch to take the lead.

But Rahm, who was two over for the round before his red-hot run began at the 14th hole, said he felt content to escape with a one-over par 71 on a day when whipping winds and firm greens saw only seven players break par.

"It's infuriating, in a sense, to finish that way, with how good I played those holes," said Rahm.

"But like I kept telling myself, if on the 14th you tell me you can post one-over par and not play the last five holes, I would have ran to the clubhouse because of how difficult it was playing. I would have taken it, no questions asked."