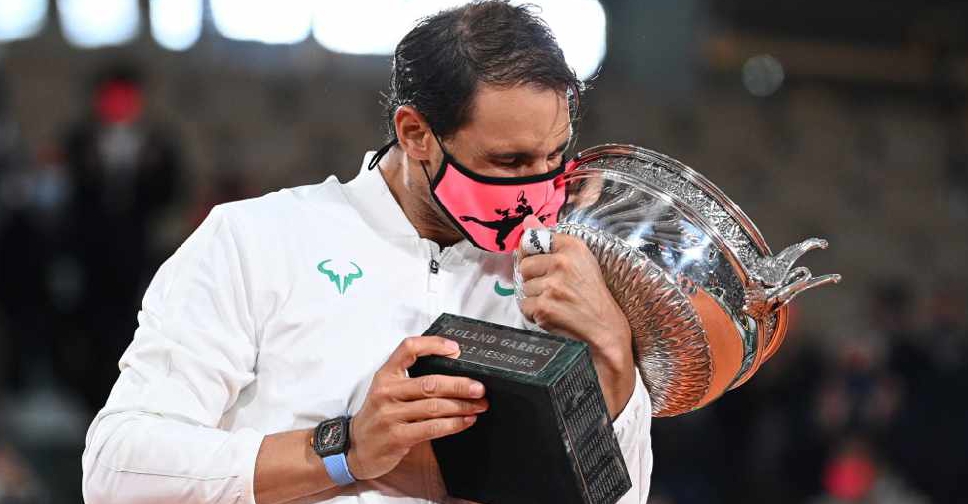 Rafael Nadal's record of 13 French Open singles titles is one of sport's all-time greatest achievements and one that is unlikely to ever be broken, Andy Murray has said.

"It's an amazing achievement," Murray told reporters in Cologne ahead of an ATP 250 event. "I don't think what (Nadal) has done at Roland Garros will ever be beaten.

"He's one short of winning the same amount at just one tournament as Pete Sampras did in Grand Slams.

"I think it's one of the best records in sport, maybe the best.

"I don't think it will ever be repeated and I actually don't think anyone will get close to it."

Of the 'Big Three', Murray thought it would be Nadal or Djokovic (17 majors) who would finish their careers with the most Grand Slam titles.

"Providing they all stay fit and if they retire all at the same age, then I would think it would be between Rafa and Novak," he said.