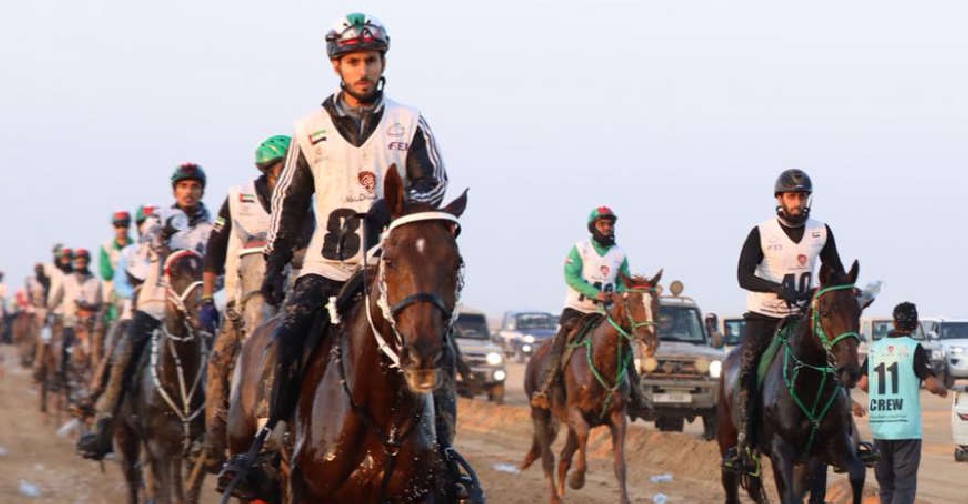 The National Day Endurance Cup was launched today at the Emirates International Endurance Village of Al Wathba, over a distance of 120 km, in four stages.

It saw the participation of the most competitive jockeys and knights representing the country's various stables and equestrian clubs.

The event is organised under the patronage, support and follow-up of H.H. Sheikh Mansour bin Zayed Al Nahyan, Deputy Prime Minister and Minister of Presidential Affairs.

The village was decorated with the slogan "Expo 2020 Dubai" to promote the global event's position that coincides with the UAE's Golden Jubilee and highlights its stature.

The Emirates International Endurance Village is organising the event in coordination with UAE Equestrian and Racing Federation. The National Day Endurance Cup is considered one of the most important tournaments, as it attracts the attention of jockeys and coaches.

Musallam Al Ameri, Director-General of the Emirates International Endurance Village, praised Sheikh Mansour bin Zayed's support and patronage of the village's races and welcomed the participants in the race.

Al Ameri confirmed the village's readiness to host the race to provide a unique competitive environment for the participants to present their best technical levels.