Nadal eliminated from ATP Finals, Alcaraz to finish year at No. 1 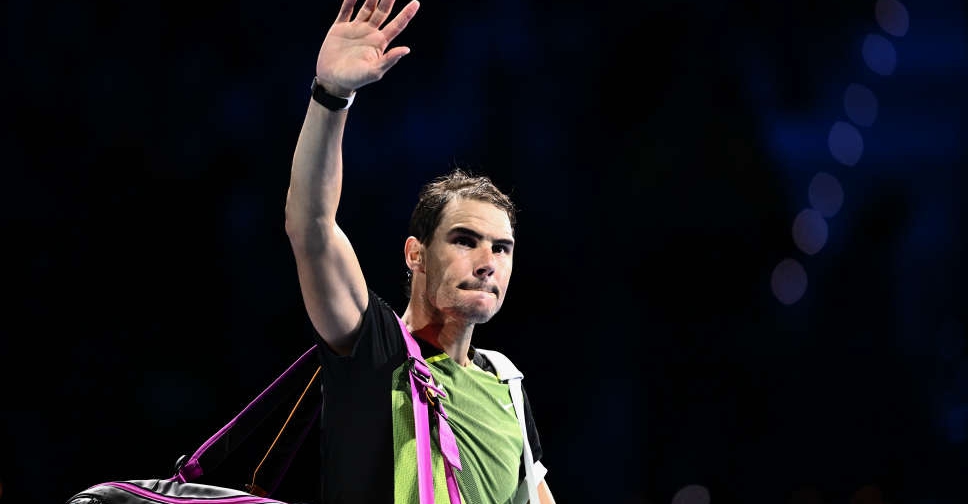 Rafael Nadal was eliminated from the ATP Finals as Casper Ruud beat American Taylor Fritz in their round-robin match in Turin on Tuesday, which also guaranteed that teenager Carlos Alcaraz would end the year as world number one.

Spaniard Nadal needed to win the tournament to take the rankings top spot from compatriot Alcaraz, but straight-set losses to Fritz on Sunday and Felix Auger-Aliassime earlier on Tuesday left him needing Ruud to lose in straight sets to keep his hopes alive.

The Norwegian, however, won the first set 6-3 against Fritz, capitalising on his much improved serve.

Fritz responded to take the second and it was anyone's match in the third-set tiebreak when Ruud let a 5-1 lead slip away and an energized Fritz levelled at 6-6 in their first career meeting.

But Ruud kept his composure and sealed the 6-3 4-6 7-6(6) win on his third match point to reach the semi-finals of the tournament for the second consecutive year.

"I guess we were both nervous there at the end but luckily I was able to pull through."

The 19-year-old Alcaraz, who is not competing at the tournament due to an abdominal injury, will be confirmed as the youngest year-end number one since the ATP rankings began in 1973.

With his 6-3 6-4 loss to Canada's Auger-Aliassime, the record 22-times Grand Slam champion Nadal has now lost four successive ATP Tour matches for the first time since 2009.

Auger-Aliassime, now coached by Nadal's uncle and long-time mentor Toni who sat in his box, will face Fritz in his final group match with a chance of making the last four.

"I had one match to get used to the conditions and I felt my game was better today, I was hitting it with precision and consistency," Auger-Aliassime said.

It was a disappointing display by Nadal who looked rusty having played only one tournament since the U.S. Open.

"There are a couple of positive things. I was able to play two tournaments in the past three weeks. That's a positive, something that I was not able to do for a while," Nadal said.

"I don't think I forgot how to play tennis, how to be strong enough mentally. I just need to recover all these positive feelings and all this confidence and all this strong mentality that I need to be at the level that I want to be.

"I don't know if I going to reach that level again. But what I don't have any doubt is that I (am) going to die for it."

Nadal held the upper hand at times in the first set and twice threatened to break the serve of his opponent, who was beaten by Ruud on his tournament debut on Sunday.

Serving at 3-4 Nadal led 40-0 but a couple of double faults and baseline errors allowed Auger-Aliassime to break.

Auger-Aliassime, who has won four titles this season, sealed the first set with a solid hold and moved a break ahead early in the second when Nadal stumbled trying to serve and volley.

Nadal showed the odd flash of brilliance but could make no impression as he slumped to a defeat.

Auger-Aliassime and Fritz, who have both won one of their opening two matches and are playing in the tournament for the first time, will face off on Thursday with the winner advancing to the semis.

Although eliminated, Nadal will still play Ruud in the night match on Thursday.