Joao Almeida out of Giro d'Italia after COVID diagnosis 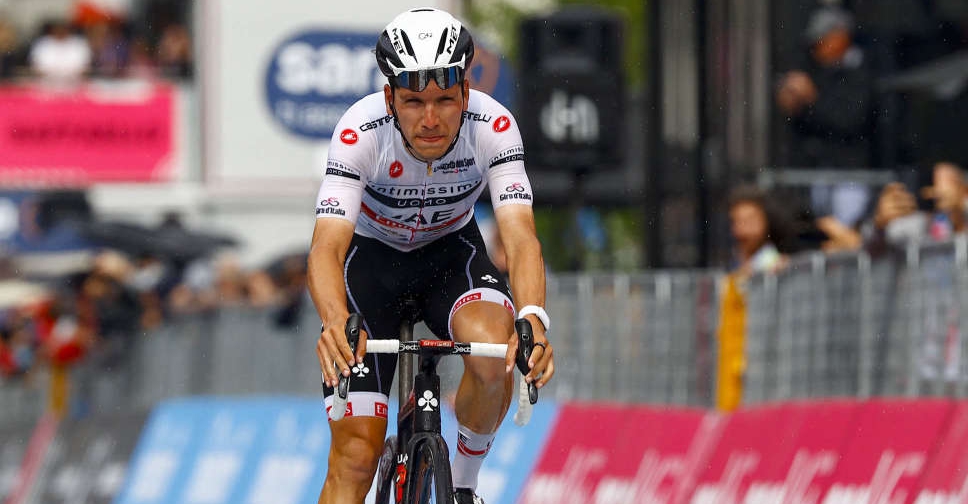 Joao Almeida of UAE Team Emirates has withdrawn from the Giro d'Italia after testing positive for COVID-19, his team announced on Thursday.

The Portuguese rider was fourth in the general classification after dropping more than a minute to maglia rosa holder Richard Carapaz of Ineos Grenadiers in Wednesday's mountainous stage 17.

"Almeida woke up last night from persistent pain in his throat and the test gave a positive result," UAE Team Emirates' doctor Michele De Grandi said in a statement.

"We observe strict rules of prevention and, in addition to sanitising the environments which the team uses each day (cars, buses, hotel rooms, etc.), we keep the athletes themselves in single rooms in order to limit very close contacts.

"However, despite these precautions they clearly do not provide 100% shelter as we have seen."

The team said all the other members, staff and riders had tested negative.

Team principal Mauro Gianetti added: "We're obviously deeply upset because Joao and the supporting team were doing an excellent race. Our goals were the podium and the white jersey as best young rider. We were fighting to win them both.

"It is bad news, but this is the reality we have been living every day for two years."