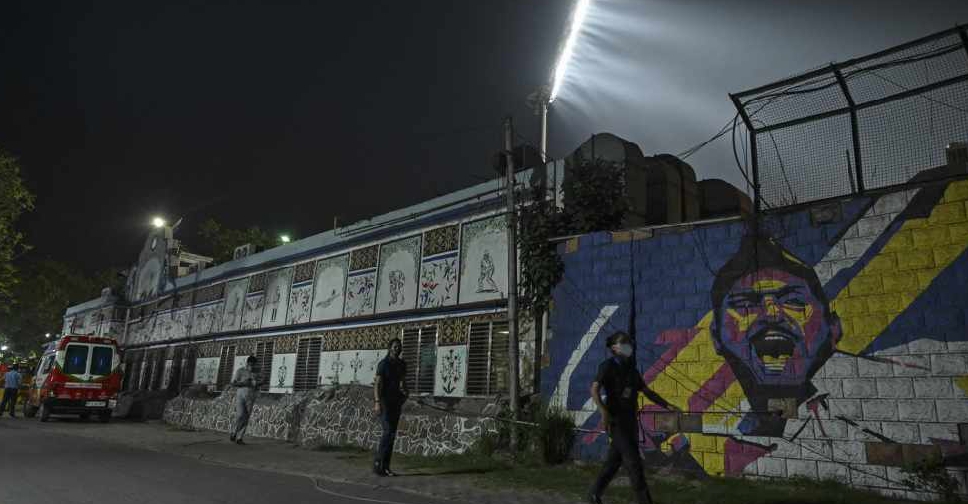 The Indian cricket board faces losing about $270 million in revenue after its lucrative and star-studded Indian Premier League (IPL) was halted by the COVID-19 crisis in the country.

The world's richest Twenty20 league was approaching its halfway stage before it was suspended indefinitely on Tuesday following bubble breaches in two venues.

"The ballpark figure for revenue loss would be to the tune of 2,000 crore rupees (20 billion)," Arun Singh Dhumal, treasurer of the Board of Control for Cricket in India (BCCI), told Reuters. That equates to about $270 million.

"Given all our contractual obligations, we are yet to find out what would be the actual figure," he said, adding that the governing body's immediate priority was to ensure the league's foreign players returned home safely.

The eight-team IPL, featuring celebrity owners including the great and the good of business and Bollywood, attracts the biggest names in world cricket to a nation devoted to the sport.

STAR Sports bagged the IPL's television and digital rights for 2018-2022 for 163.48 billion rupees, agreeing to pay about 545 million rupees per game in a 60-match season.

With only 29 games of 60 completed before the pandemic halted this year's IPL, the BCCI could lose a chunk of that pot.

"You get paid for what you deliver," said Thomas Abraham, co-founder of SportzPower, a company that monitors sports business in India.

STAR Sports supported the decision to suspend the league but its officials were not available to discuss the financial implications when contacted by Reuters.

Indian cricket bosses are hoping to resume the league in late September, but that appears a tough challenge given the COVID-19 infection risks involved in a country being hit hard by the pandemic.

According to financial consultancy firm Duff & Phelps, the IPL's brand value had already shrunk 3.6% to $6.19 billion last year because of the pandemic, which forced the BCCI to stage the league in the United Arab Emirates.

Duff & Phelps says its method estimates the value of a business based on the cash flows it is expected to generate over its lifetime.

Abraham said the league's brand value had suffered this year too, before the suspension, as it forged ahead with games in the face of criticism from some cricket pundits, columnists and fans.