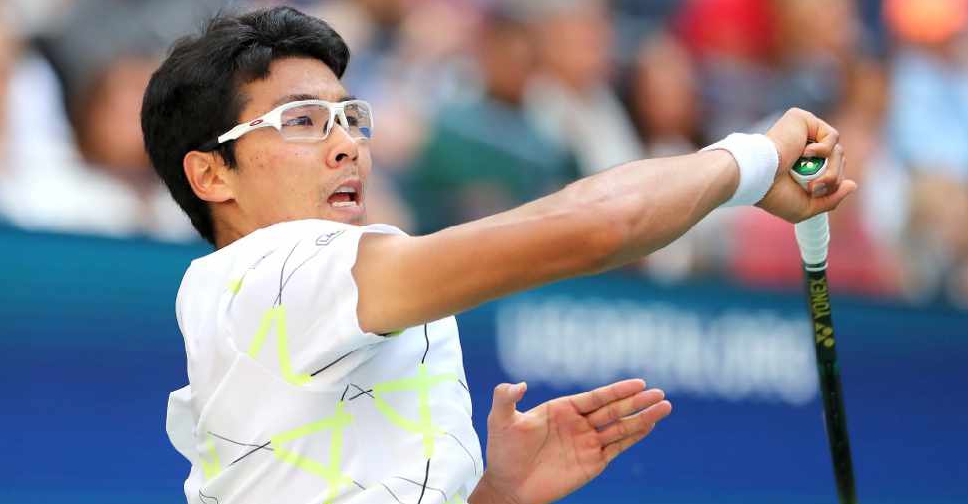 South Korea’s Hyeon Chung is the eighth and final player confirmed for the Mubadala World Tennis Championship in Abu Dhabi.

He joins a stellar field featuring five of the world’s top 10 male players: World No. 1 Rafael Nadal; No. 2 Novak Djokovic; No.5 Daniil Medvedev; No.6 Stefanos Tsitsipas and No. 10 Gael Monfils.

With the line-up now complete, spectators can prepare for three days of top-class tennis action and off-court entertainment with today marking the official draw for the tournament, which will be held at the International Tennis Centre at Zayed Sports City.

The first match will see Tsitsipas take on Monfils on Thursday, December 19, at 4:00 pm. That match will be followed by Chung vs Medvedev in the second quarter-final.

Day 1, which is also Kids’ Day, with free entry to children 12 and under, will then see the women take to the court.

Top seeds Nadal and Djokovic enter the championship on Day 2 with the defending champion facing either Tsitsipas or Monfils in the first semi-final following the fifth-place play-off at 3:00 pm.

Nadal will make his 10th Mubadala World Tennis Championship appearance following that match, where he will face the winner of the Medvedev vs Chung match. 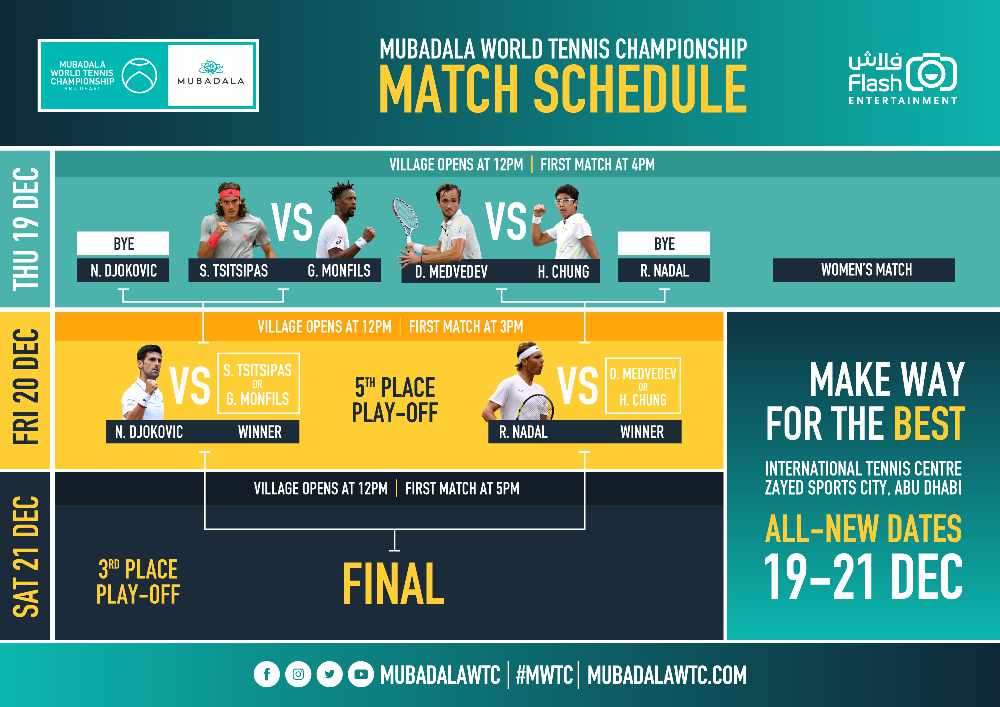