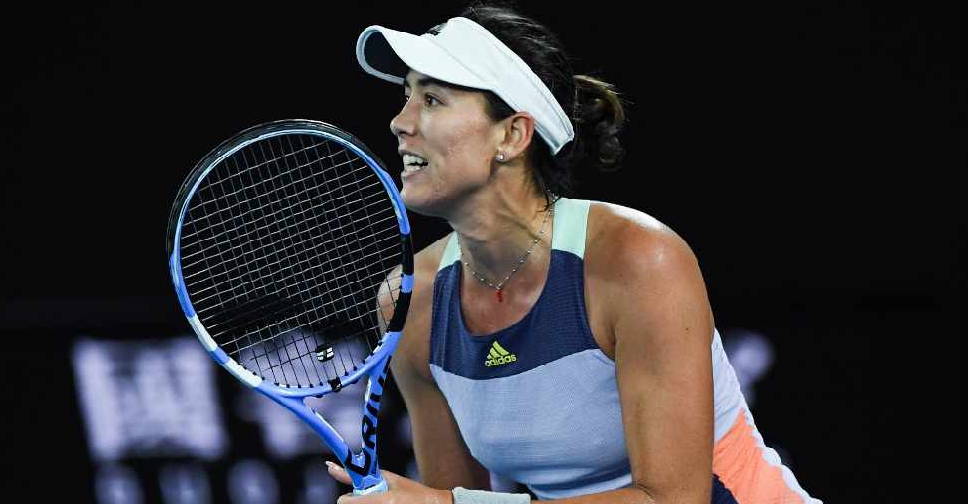 The Spaniard, who won the French Open in 2016 and followed up with a Wimbledon triumph in 2017, made a stunning run to the final of the Australian Open last month but was denied a third Grand Slam crown in a dramatic battle.

That spectacular march to the final included victories over two-time Dubai winner Elina Svitolina and reigning Wimbledon champion Simona Halep, and it took an heroic effort from feisty American Sofia Kenin to stop her adding to her collection of Grand Slam trophies.

Muguruza's success in Melbourne put her to the top 20 and her best ranking in almost a year.

"I think it's a great start of the year, for sure," she said. "I don't think at all about the previous years - even the good ones or the bad ones. I feel like, 'What for?' I got the best out of it, good or bad. I just started a new year. I have a new team. I didn't disappear. I was there. Not reaching final rounds, for sure. I'm just going to a tournament, see how far I can go."

The tournament will also include Qiang Wang, who just last month stunned Serena Williams in the third round of the Australian Open after already reaching the quarter-finals of the Shenzhen Open. She is joined by Anastasia Pavlyuchenkova who also enjoyed a successful run in Melbourne, reaching the quarter-finals after defeating world number 2 Karolina Pliskova and then three-time Grand Slam champion Angelique Kerber, before her run was ended by Muguruza.

Tickets for the February 17th - 29th tournament are available online.