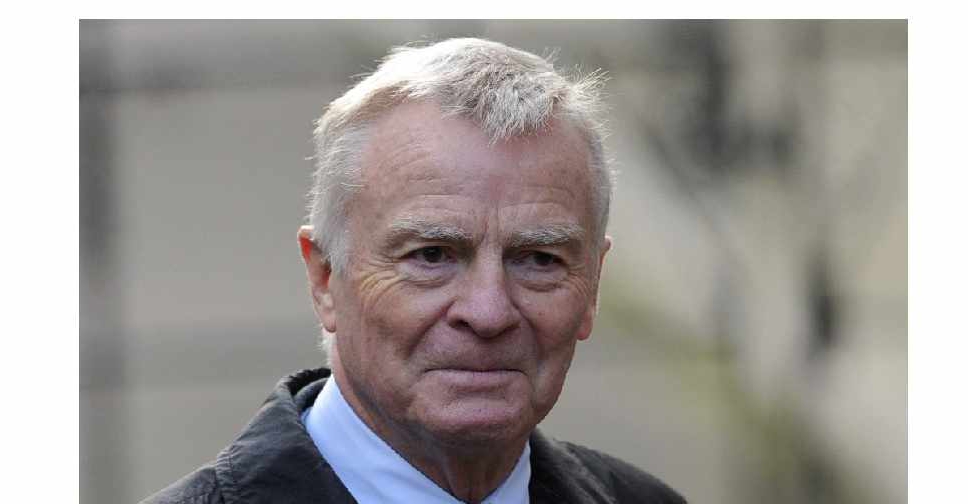 Max Mosley, the former head of Formula One's governing body, has died at the age of 81 after suffering from cancer.

"The family of Max Mosley can confirm that he died last night after a long battle with cancer. They ask to be allowed to grieve in private," a family statement said.

His old friend and ally in the world of motor sport Bernie Ecclestone paid tribute.

"We were like brothers for 50 odd years," Ecclestone, 90, told Reuters. "Better he's gone than suffer the way he was suffering."

Mosley was a racing driver, team owner and lawyer before becoming president of the International Automobile Federation (FIA) in 1993.

The Oxford-educated Mosley and Ecclestone, who was the son of a trawlerman, forged a close alliance.

Together they formed a double act in running the sport as it grew from amateurish beginnings into a $1 billion business, while also pushing through much-needed safety measures.

"We had differences of opinions but we could talk to each other about them and sort them out, whatever they were," said Ecclestone.

"He was a very straightforward guy, Max. Did a lot for the sport, did a lot for the general industry to make sure people were complying with the right regulations when they built road cars," he said.

Such punishment famously included a $100 million fine for McLaren, who also lost all their constructors' championship points, in a 2007 spying controversy involving Ferrari data.