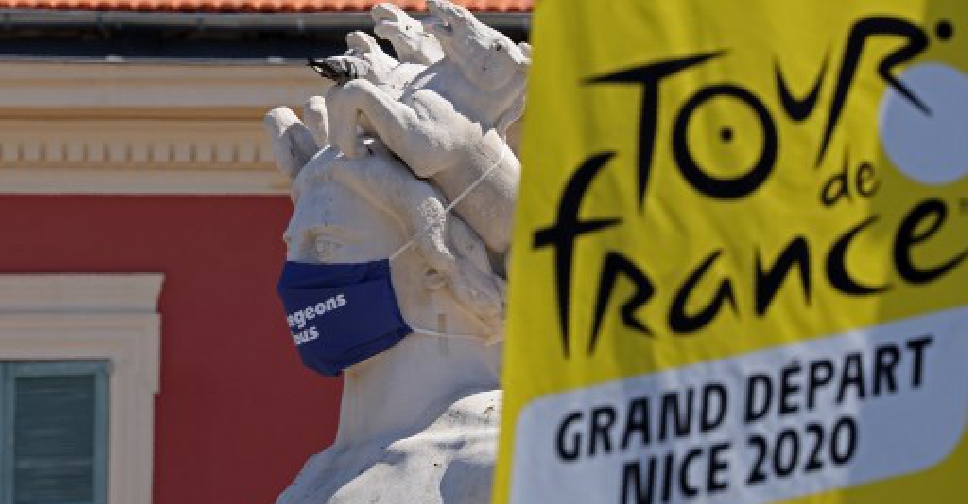 In this file photo taken on August 26, 2020 the logo of the 2020 Tour de France is seen next to a masked statue in the French Riviera city of Nice. KENZO TRIBOUILLARD / AFP

French health authorities have introduced stricter regulations for exclusions from the Tour de France in the event of coronavirus cases, hours before the race is due to start.

The government's inter-ministerial crisis committee has ruled that a team should be pulled out if two or more of its members test positive within seven days, race organisers said on Saturday.

Until now this year's race, which gets under way in Nice on Saturday, was operating under International Cycling Union (UCI) guidelines for teams to be excluded if two or more riders were to test positive over the same period.

The new regulations from the committee, which overrules the UCI, cover support staff as well as riders.

Organisers however said that the Lotto Soudal team, which saw two staff members test COVID-positive on Thursday, remained in the race because the stricter measure did not take effect until Saturday.

They have admitted there is a risk of the race not reaching Paris as numbers of coronavirus cases have been rising steadily in France since the beginning of the August.