Bundesliga to remind players about rules after Hertha goal celebrations 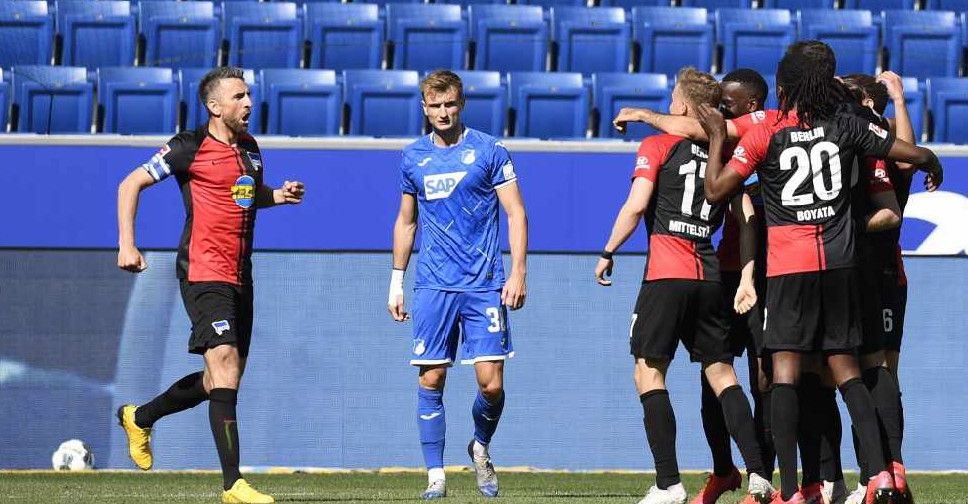 Players in the Bundesliga are being reminded to avoid group celebrations after Hertha Berlin flouted social distancing guidelines during their 3-0 victory on Saturday.

"The clubs are working actively with players. They speak to them every day to remind them of what needs to be done to ensure we earn the right to a second matchday and a third and to finish the season," the German league's International Chief Executive Robert Klein told reporters.

"In the hygiene concept the guideline is to celebrate within social distancing rules," he said, adding, "One can imagine at the height of a goal being scored that maybe, sometimes, the players get closer.

Earlier this month, the club suspended Salomon Kalou after he posted a video on social media showing himself and team mates shaking hands and ignoring COVID-19 guidelines.