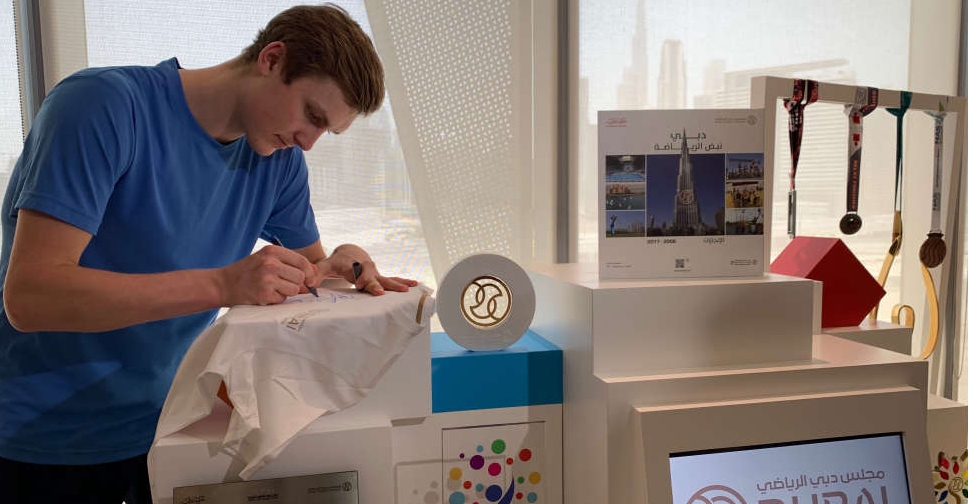 Viktor Axelsen, the newly-crowned Olympic men’s badminton champion, will be in Dubai next week to celebrate his success at Tokyo 2020.

On Monday, the world No 2 became the first non-Asian man to win the Olympic badminton singles title since 1996 when he defeated Chinese defending champion Chen Long 21-15, 21-12.

The Dane, 27, follows in the footsteps of compatriot Poul-Erik Hoyer-Larsen, the current president of Badminton World Federation, who defeated China’s Dong Jiong 15-12, 15-10 for gold at the Atlanta Games.

It was an emotional win for Axelsen, who was still sobbing when he left the court, but he is now looking forward to return to Dubai, where he has spent most of the past two years training for the 2020 Olympic Games.

Axelsen made the announcement in a note of thanks he sent to Dubai Sports Council following his win. The Dane shared photos of him with his gold medal and thanked Dubai for the role it had played in his success.

The 2017 World Champion, Axelsen had been training in Dubai since 2019 along with his Danish counterparts for the Tokyo Olympic Games, which were originally scheduled for 2020 but were postponed due to COVID-19.

Axelsen has praised Dubai’s leadership for their generous support of the sports sector and as well as the sports infrastructure they have built in Dubai.

He also visited Dubai Sports Council and thanked the Council for all their support rendered to him and his teammates.

"The sports facilities in Dubai are top class and they really encourage and motivate athletes to train at their peak," he added.

Viktor Axelsen, the newly-crowned @Tokyo2020 men’s badminton champion, will be celebrating his success in #Dubai next week, where he spent most of the past two years training for the 2020 Olympic Games.https://t.co/nWRipxadvA pic.twitter.com/ipqjSIgU9E

The Denmark national badminton team was one of more than 50 teams that were training in Dubai in 2021 to prepare for the Tokyo Olympics as well as other major championships.

The UAE, with its exceptional sports facilities, is the preferred destination of international teams as they prepare for major championships, and Dubai’s world-class stadiums and sports halls have bustling with activity over the past few months, hosting some of the world’s top athletes in a safe environ, with gold-standard COVID-19 safety protocols in place.

Since the beginning of the year, Dubai has hosted training camps and friendly matches for more than 50 international teams in different sports, including swimming, synchronized swimming, modern pentathlon, cycling, tennis, football, badminton, cricket, rugby and golf.

A number of Asian and European football clubs have also had their camps in Dubai in the past three months, alongside a number of tennis and padel players, who have regularly used the Emirate to prepare for events.