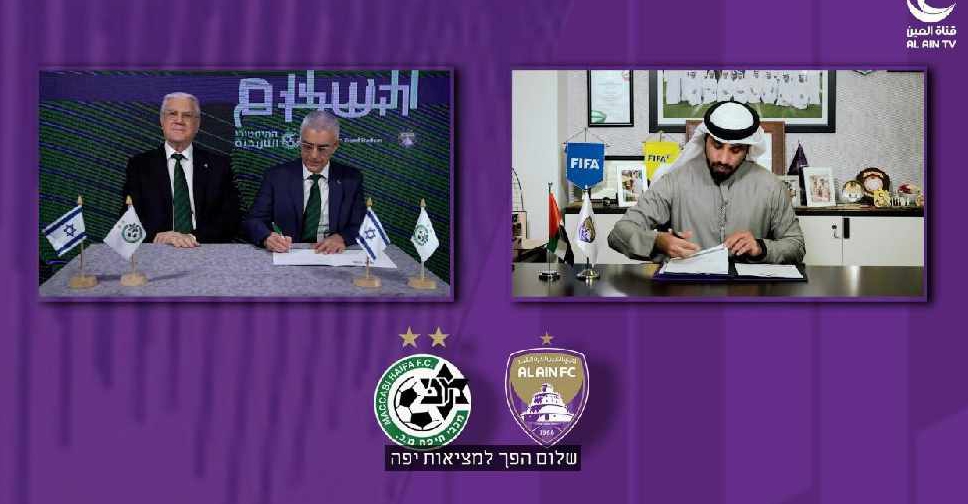 Two friendlies will be played by the UAE's Al Ain Football Club and Israel's Maccabi Haifa, in the first fixtures since both nations normalised relations last year.

No dates have been set yet, but the first game will be hosted by Al Ain at the Hazza Bin Zayed Stadium, and the second will be held in Haifa.

The announcement was made as the two clubs agreed a new deal.

It was signed in the presence of Mohamed Thaaloob Al Derei, Chairman of the Board of Al Ain Club Investment Company and Yaqoub Shahar, President of Maccabi Haifa Club along with executives from both sides.

"The agreement will consolidate the policy of bridge-building and cooperation between the two major clubs in various fields, including marketing, technical cooperation, investment, commercial activities, media and sport to embody the values of peaceful co-existence, tolerance, acceptance and human fraternity," said Thaaloob.

"I congratulate here all parties concerned on this historic partnership. And I seize this opportunity to re-affirm our commitment to the principles of our moderate religion and to continue to pursue the approach of our wise leadership," he added, underling the key role played by sports in promoting global tolerance and peace.

Yaqoub Shahar, President of Maccabi Haifa Club said, "I am pleased to witness this important moment in the history of the Israeli and Emirati game, and for sports in general."

In December, the Emirati and Israeli football federations signed an agreement in another first for the two nations, to promote closer sporting ties.