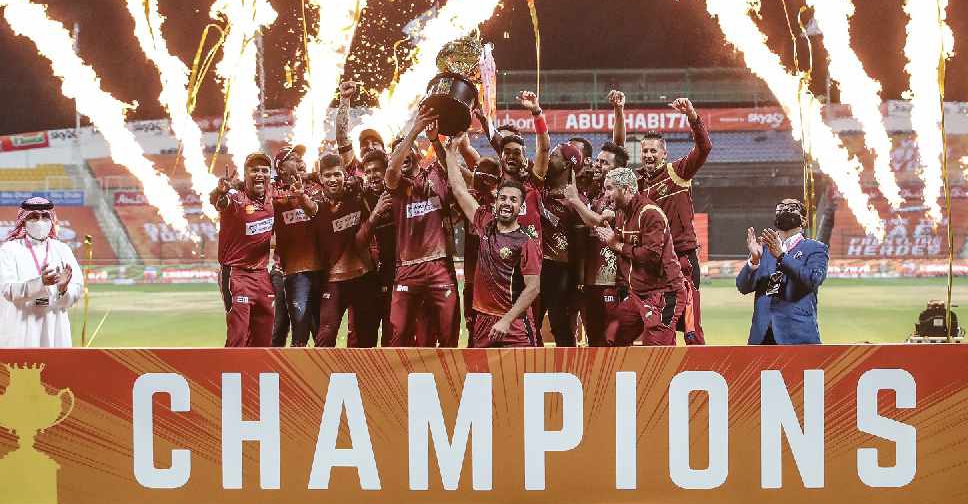 The fifth edition of the Abu Dhabi T10 cricket tournament will run from November 19 to December 4 to coincide with the UAE’s 50th National Day celebrations.

Fans can look forward to an increased number of 90-minute matches played over an extended 15 days, compared to 10 days in previous seasons.

Launched in 2017 the Abu Dhabi T10 is sanctioned by both the International Cricket Council and the Emirates Cricket Board.

The championship features an exciting round-robin format followed by eliminators and a final.

"It is indeed a matter of pride that a journey that started in 2017 with just four teams has now reached a stage whereby the tournament has become an important part of the world’s cricketing calendar," said Shaji Ul Mulk, Chairman, Ten Sports Management, which owns the T10 League.

With the support of the Government of Abu Dhabi and Abu Dhabi Sports Council, Abu Dhabi Cricket (ADC) has consistently grown the event and has won worldwide acclaim for mounting a successful season in Jan/Feb 2021 despite the COVID-19 challenges.

The tournament was safely delivered against a background of strict COVID prevention protocols and gained a global television audience of 63.9 million, a 79.67 per cent year-on-year increase.

The Emirates Cricket Board has been quick to welcome the longer duration for the Abu Dhabi T10's fifth season.

"The tournament is a huge opportunity for our players to play with top international cricketers which enables them to consistently hone their skill sets. We are very confident of the success for the next edition, in this important year for the UAE, and believe cricket fans in this country will be thrilled at a series of longer duration with more matches," said The Board’s General Secretary, Mubashshir Usmani.

Past Abu Dhabi T10 champions include the Kerala Kings, Maratha Arabians and Northern Warrior who have twice taken the title.