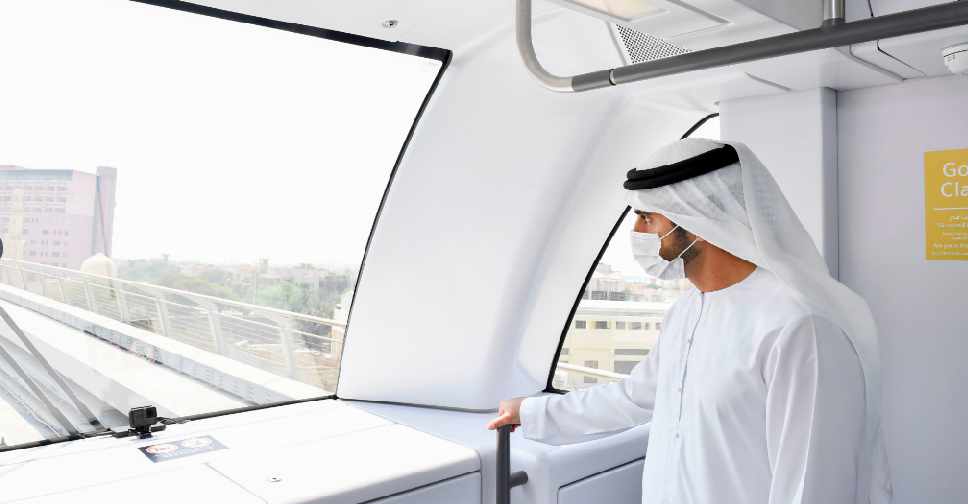 The Dubai Metro has transformed the way people travel and supports the city's sustainable economic development.

Those are the words of His Highness Sheikh Hamdan bin Mohammed bin Rashid Al Maktoum, Dubai Crown Prince and Chairman of The Executive Council of Dubai, who emphasised the positive impact it has had on the economy.

"Since its launch in September 2009, the Dubai Metro has served approximately 1.56 billion riders across 2.6 million journeys. With an on-time departure rate of 99.7 per cent, the Dubai Metro ranks among the world’s top mass transit systems," he said.

Sheikh Hamdan added that the Dubai Metro represents one of the emirate’s many success stories made possible by the vision of His Highness Sheikh Mohammed bin Rashid Al Maktoum, Vice President and Prime Minister of the UAE and Ruler of Dubai.

His remarks came during an inspection tour of Dubai Metro Route 2020 - the AED11 billion project that links seven stations and extends 15 km on the Red Line from the Jebel Ali Metro Station to the Expo 2020 Station.

On his arrival at the Jebel Ali Metro Station, His Highness was welcomed by His Excellency Mattar Mohammed Al Tayer, Director General and Chairman of the Board of Executive Directors of the Roads and Transport Authority (RTA).

Sheikh Hamdan toured the Jebel Ali Metro Station, which serves as an interchange station between the Red Line and Route 2020. The station, spanning 8,800 square metres, can serve 17,000 riders per hour during peak times and 320,000 riders per day.

His first stop was the Dubai Investment Park Station, the second underground station of Route 2020, which spans 27,000 square metres in area and extends 226 metres in length.

Sheikh Hamdan toured the station, which can serve 13,899 riders per hour during peak times and 250,000 riders per day. The station has two platforms, four Bus laybys, 20 taxi drop off slots and two designated parking slots for people of determination. It also offers eight retail units spanning 315 square metres each for commercial investment.

The train then headed to the Expo 2020 Station, which boasts a unique design featuring the wings of an aircraft.

At the end of the tour, His Highness posed for photos with the project team and expressed his appreciation to the Emirati teams who have demonstrated high efficiency and talent in delivering the project on schedule despite the challenges posed by the COVID-19 crisis.