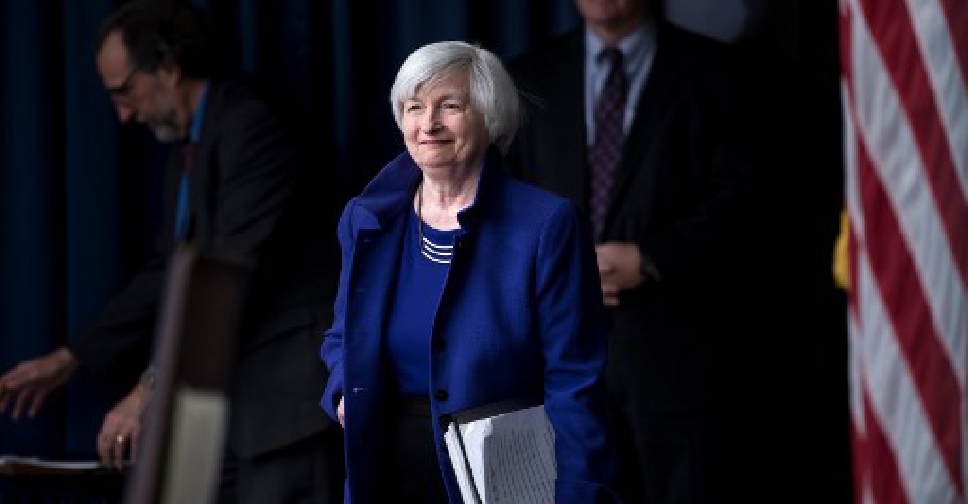 The advisers, several of whom would need to be approved by the US Senate, come from liberal research organizations and worked in previous Democratic administrations.

Their aim will be to set policies that can help people and businesses recover from the COVID-19 pandemic, which has killed nearly 267,000 people in the United States and cost millions of jobs.

"This team looks like America and brings seriousness of purpose, the highest degree of competency, and unwavering belief in the promise of America," Biden said in a statement. "They will be ready on day one to get to work for all Americans."

Yellen who is 74, was head of the U.S. central bank from 2014 to 2018 and served as the chair of President Bill Clinton's Council of Economic Advisers.

On Twitter, she underscored the challenges facing the United States: "To recover, we must restore the American dream — a society where each person can rise to their potential and dream even bigger for their children. As Treasury Secretary, I will work every day towards rebuilding that dream for all."

Biden said he would nominate Wally Adeyemo as Yellen's deputy at Treasury. Adeyemo was a deputy national security adviser under President Barack Obama, and was later president of the Obama Foundation, which is overseeing planning for the Democratic former president's library.

Neera Tanden, chief executive of the Center for American Progress think tank, would head the Office of Management and Budget. Tanden helped the Obama administration create the Affordable Care Act, the healthcare overhaul popularly known as Obamacare, which Republicans have tried to dismantle.

Republican senators voiced few concerns about Yellen, with Senator John Cornyn telling reporters he did not "have any problem with her."

He was more concerned about Tanden, calling her the "worst nominee so far." Cornyn's communications director cited her "endless stream of disparaging comments about the Republican senators whose votes she’ll need." The Biden transition team had no immediate comment on the criticism.

"Neera Tanden is smart, experienced, and qualified for the position of OMB Director. The American people decisively voted for change - Mitch McConnell shouldn’t block us from having a functioning government that gets to work for the people we serve," tweeted Democratic Senator Sherrod Brown, a close Biden ally.

Tanden would be the first woman of colour to lead the OMB if she is confirmed.

Biden selected Cecilia Rouse, an economist who is dean of the Princeton School of Public and International Affairs, to chair the Council of Economic Advisers. She was a member of the council under Obama from 2009 to 2011.

Heather Boushey, an economist who is co-founder of the Washington Center for Equitable Growth and is focused on economic inequality, will serve on the council.

Arizona and Wisconsin on Monday certified Biden as the winner in each state, further undermining President Donald Trump's attempts to dispute his loss to Biden in the November 3 election by making unsubstantiated claims of fraud.

The confirmation of vote counts is usually a mere formality but has taken on added significance this year in the face of Trump's baseless allegations that the election was "rigged" in Biden's favour.