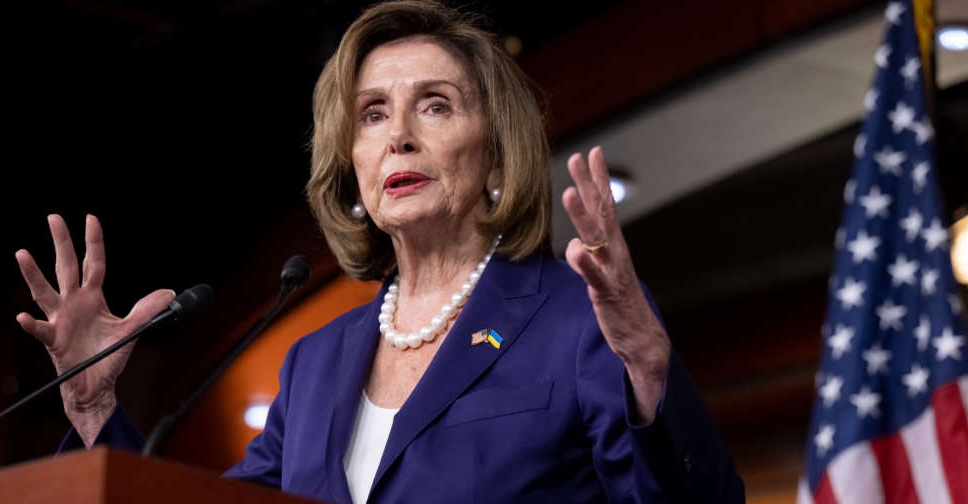 US House of Representatives Speaker Nancy Pelosi arrived in Taiwan late on Tuesday, starting a visit that Beijing had warned her against taking, saying it would undermine Sino-US relations.

It's the first such visit in 25 years and one that risks pushing relations between Washington and Beijing to a new low.

China claims self-ruled Taiwan as its own, and a foreign ministry spokesman said earlier this week that any visit by Pelosi would be "a gross interference in China's internal affairs" and warned that "the Chinese People's Liberation Army will never sit idly by."

Pelosi and her delegation disembarked from a US Air Force transport plane at Songshan Airport in downtown Taipei and were greeted by Taiwan's foreign minister, Joseph Wu and Sandra Oudkirk, the top US representative in Taiwan.

"America's solidarity with the 23 million people of Taiwan is more important today than ever, as the world faces a choice between autocracy and democracy."

Pelosi was on a tour of Asia that includes announced visits to Singapore, Malaysia, South Korea and Japan.

Her stop in Taiwan had not been announced but had been widely anticipated.

Chinese warplanes buzzed the line dividing the Taiwan Strait on Tuesday before her arrival, as China's leadership warned against the visit by Pelosi.