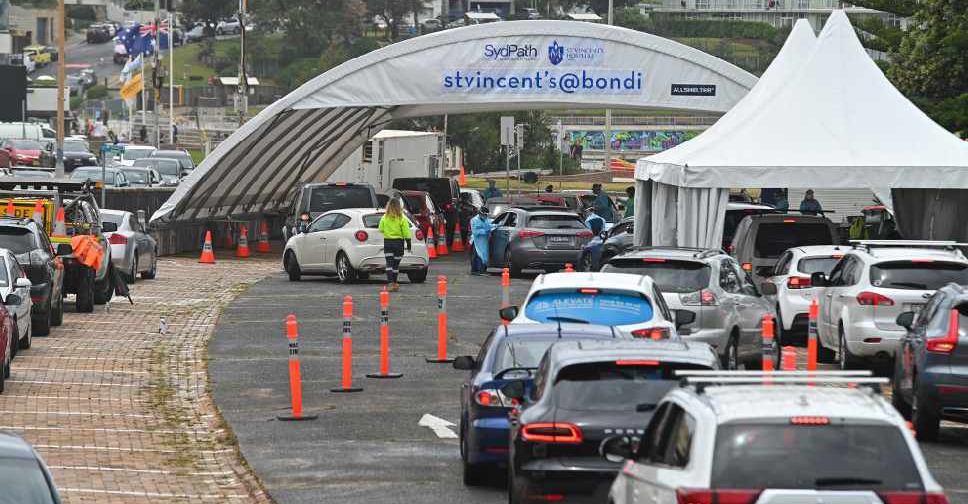 Australia's most populous state of New South Wales (NSW) recorded 30 new cases of the coronavirus on Sunday as an outbreak in Sydney's northern beaches suburbs continues to grow.

About a quarter of a million people were put on Saturday into a strict lockdown until Christmas Eve, with the northern beaches cluster now at around 70, with some of the cases still under investigation.

On Sunday, NSW Premier Gladys Berejiklian said public gathering across the rest of Sydney will be limited, with household gatherings capped at 10 participants and hospitality venues at 300, among other restrictions.

"Police will obviously have a more visible presence to ensure that everybody does the right thing to keep us all safe," Berejiklian said at a televised press conference.

She also urged people in the greater Sydney area to wear masks in public, although it was not mandatory.

The authorities do not know the origin of the virus in the northern beaches cases, which genome testing suggests is a US strain.

"It is a concern to us that health experts are yet to identify how the cluster was transmitted into the community or hot it started," Berejiklian said.

Until this week, Australia had gone more than two weeks without any local transmission and had lifted most restrictions ahead of Christmas. The Sydney outbreak prompted states and territories to reimpose border restrictions, throwing thousands of families' holiday travel plans into chaos.