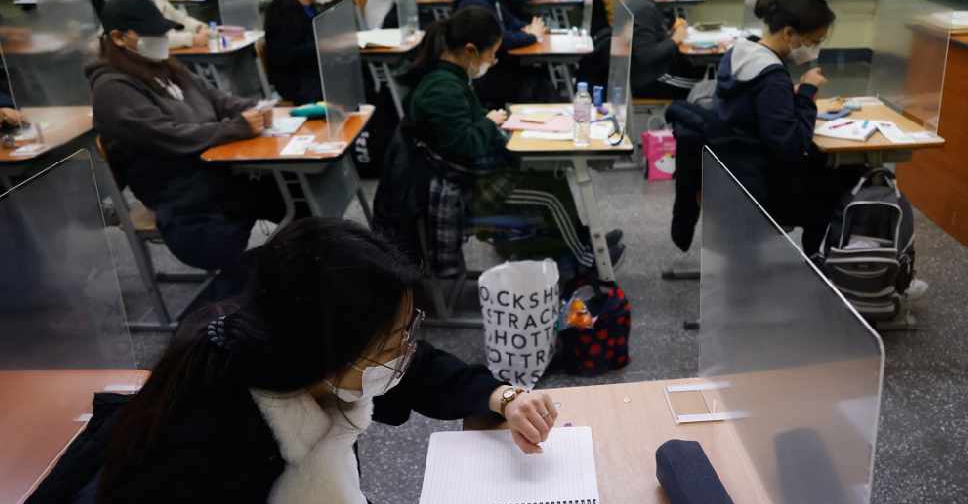 South Korea will impose heightened social distancing rules for the capital Seoul and surrounding areas, as authorities struggle to contain the nation's largest wave of coronavirus infection in nine months.

The decision comes after the government implemented unprecedented measures on Saturday in a country that had seen initial success through aggressive contact tracing and other steps.

"We are in a very dangerous situation," health ministry official Park Neung-hoo told a briefing, saying localised clusters have the potential to become a national outbreak.

The Korea Disease Control and Prevention Agency (KDCA) reported 631 new cases as of midnight Saturday - the largest daily tally since a peak in February and early March - bringing the country's total to 37,546, with 545 deaths.

Nearly a month of triple-digit daily infections has brought the number of active cases in South Korea to a record 7,873, the KDCA said, raising concerns over the dwindling number of hospital beds.

"Right now it is exceeding the level that we can control in our hospital system," Park said.

New beds are being added and for now there are enough to treat patients, but if the trend continues, the country could face a shortage of beds, he said.

Many of the recent cases have been centred in Seoul, which on Saturday launched unprecedented curfews, shuttering most establishments at 9:00 pm (1200 GMT) for two weeks and cutting back public transportation by 30% in the evenings.

Under the measures announced on Sunday, which go into effect on Tuesday, gatherings of 50 or more people are prohibited, gyms and karaoke bars must close, religious services must be held online or by broadcast, and stricter attendance limits will be placed on school classes, Park said.

While restaurants will still be allowed to provide in-person service, the government is urging people to avoid eating out if possible and not hold non-essential social gatherings, he said.

The curbs will last at least three weeks, until the end of the month, Park said. Other areas of the country will also see heightened restrictions, but at a lower level than the Seoul area.