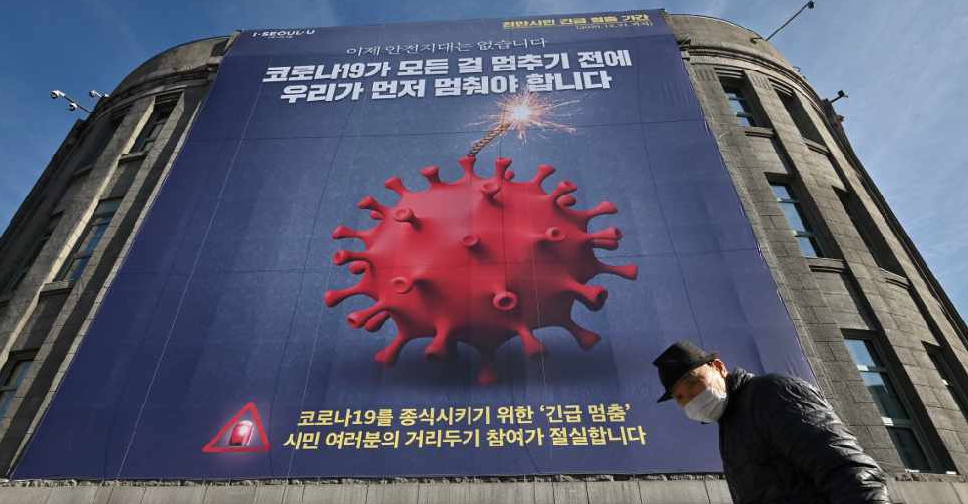 South Korea said on Tuesday it had signed deals to provide coronavirus vaccines for 44 million people next year but it would not hurry inoculation to allow more time to observe potential side effects.

Other countries are moving ahead to grant emergency use approval for the vaccines in a bid to contain virus transmission. Britain will start rolling out Pfizer's COVID-19 vaccine on Tuesday, and the United States and India have also begun regulatory reviews on some vaccine candidates.

The South Korean government has arranged to buy 20 million doses each from AstraZeneca Plc, Pfizer Inc, and Moderna Inc, and another 4 million doses from Johnson & Johnson's Janssen, enough to cover up to 34 million people, Health Minister Park Neung-hoo told a briefing.

Additional doses for 10 million people would be procured through the World Health Organisation's global vaccine project, known as COVAX, he added.

Despite the current surge in cases, South Korea's relative success in tamping down previous waves meant the government did not need to rush a vaccine, Park said.

"We don't see the need to hurriedly begin vaccination without ensuring that the vaccines' risks have been verified," he said.

Shipments of the vaccine would begin no later than March, but authorities would observe how the vaccines worked in other countries for several months to ensure safety. Widespread vaccination was likely to begin in the second half of next year.

"We had initially planned to secure vaccines for 30 million people but decided to purchase more, as there is uncertainty over the success of the vaccine candidates and the competition is intense among countries for early purchases," Park said.

The government allocated an additional 1.3 trillion won ($1.2 billion) to next year’s budget for the purchase of the vaccines.

The government will seek to set up new storage to ensure the vaccines are kept at the right temperatures, with the Pfizer product required to be refrigerated at minus 70 Celsius degrees.