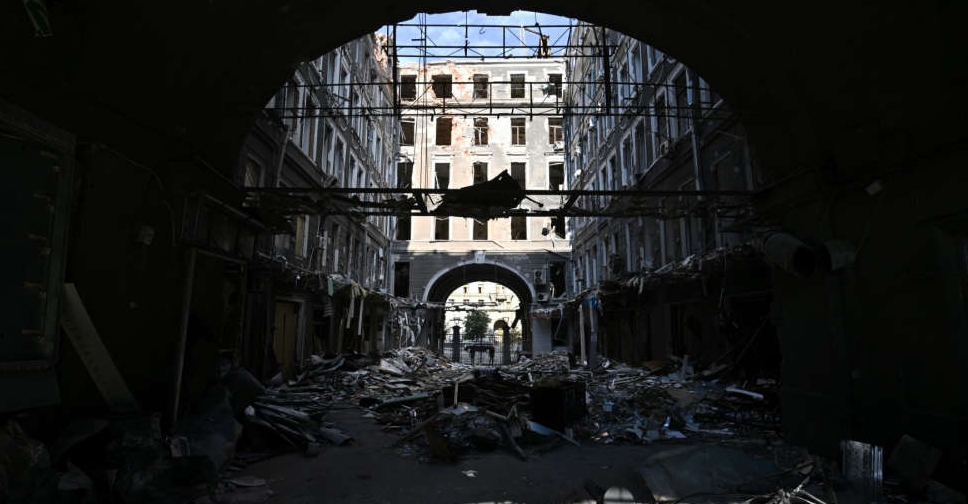 Russia's forces have launched strikes on Ukrainian positions in several parts of Ukraine and accused Kyiv of shelling near the Zaporizhzhia nuclear power plant.

According to the ministry, Russian forces conducted their strikes in the Kherson, Mykolaiv, Kharkiv and Donetsk regions, which added that the Ukrainian troops had carried out an unsuccessful offensive near Pravdyne in Kherson.

According to the ministry, radiation levels at Zaporizhzhia, Europe's most giant nuclear power plant, remain normal. However, it said two incidents of Ukrainian shelling were recorded near the plant on Saturday.

A spokesperson for Ukraine's foreign ministry denied that Ukrainian forces had carried out shelling near the facility in the country's south.

Russia and Ukraine have repeatedly accused each other of shelling the Zaporizhzhia plant. The U.N. International Atomic Energy Agency passed a resolution on Thursday demanding that Russia end its occupation of the facility. Read full story

Alexey Kulemzin, the mayor of the eastern Ukrainian city of Donetsk, which is controlled by pro-Russian separatists, said on Telegram that four people had been killed by shelling in a central part of the city. Fragments of French-made Caesar howitzer shells were found, Kulemzin added.

The TASS news agency meanwhile cited local authorities in Russia's Belgorod region as saying that one person had been killed by Ukrainian shelling.

Reuters was not immediately able to verify battlefield reports.

In recent weeks, Ukrainian forces have retaken territory previously held by Russian forces in the northeastern Kharkiv region. East and south of there, Russia has concentrated forces for months in Luhansk and Donetsk provinces to expand territory held by Moscow-backed separatists since 2014.