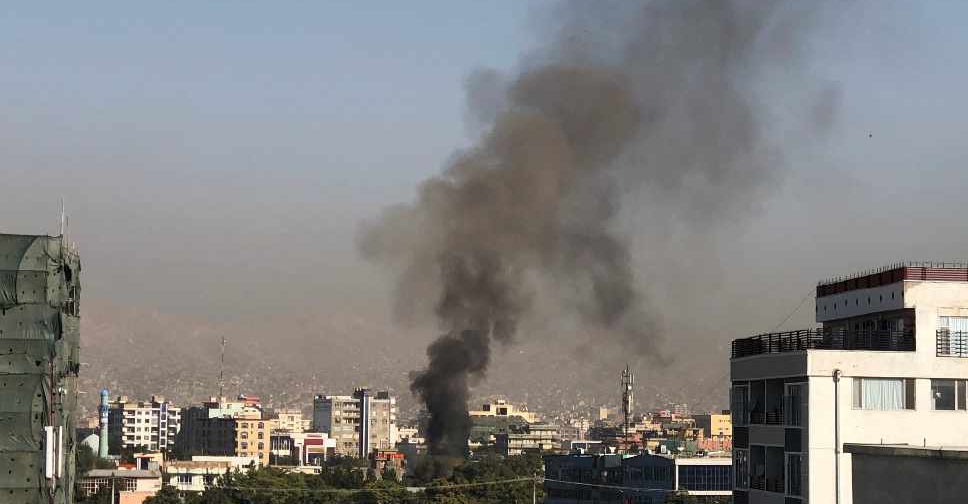 The Taliban denied involvement in the attack, which comes just ahead of long-awaited peace talks between the Afghan government and the Taliban in Doha.

"Today, once again the enemy of Afghanistan tried to harm Saleh, but they failed in their evil aim, and Saleh escaped the attack unharmed," Razwan Murad, a spokesman for Saleh's office, wrote on Facebook.

He told Reuters the bomb targeted Saleh's convoy and some of his bodyguards were injured.

Saleh appeared in a video on his social media accounts soon after, saying he had sustained a minor burn on his face and an injury to his hand in the attack.

Taliban spokesman Zabihullah Mujahid said in a tweet that Taliban fighters were not involved in the blast.

The former intelligence chief and the senior of President Ashraf Ghani's two vice-presidents, has survived several assassination attempts, including one on his office last year that killed 20 people.

"Such attacks won't weaken our resolve for lasting and dignified peace in Afghanistan," Javid Faisal, spokesman for the National Security Council, said in a tweet.

International powers including the European Union and Pakistan also condemned the attack.

"This is an attack on the Republic, & desperate act by spoilers of peace efforts, who must be collectively confronted," the EU Delegation in Afghanistan said in a statement on Twitter.

Officials and diplomats have warned that rising violence is sapping trust needed for the success of talks aimed at ending an insurgency that began when the Taliban was ousted from power in Kabul by U.S.-back forces in late 2001.