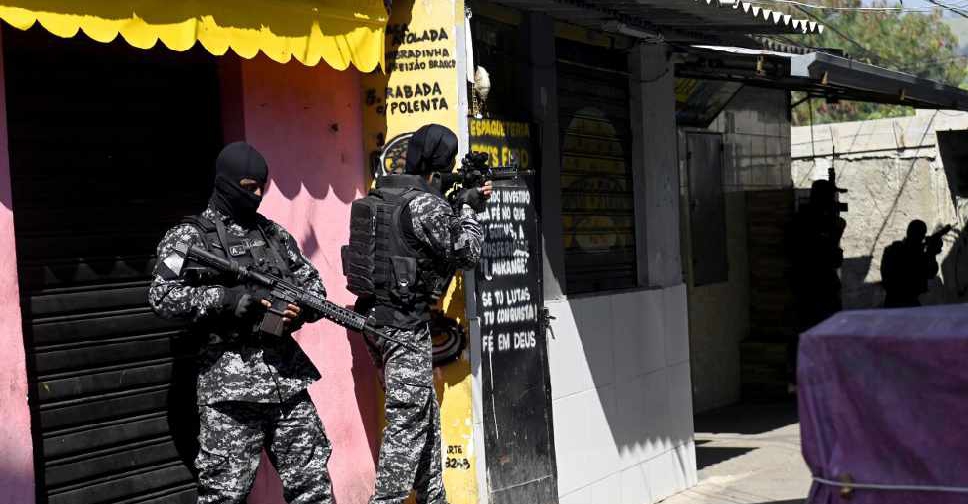 At least 25 people, including one police officer, were killed in Rio de Janeiro on Thursday in a shootout during a police raid targeting drug traffickers in the city's Jacarezinho neighborhood.

It was the highest-ever death toll from a police raid in the state, which has for decades suffered from drug-related violence.

"This is the highest number of deaths in a police operation in Rio, surpassing 19 in Complexo do Alemão in 2007," said Chief of Police Ronaldo Oliveira.

"Only in that one we didn't lose anyone. Now, a police officer has died, which is a great loss for us," he said.

Two passengers on a metro train were also wounded in the crossfire in the northern Rio neighborhood, according to the fire brigade, which said they were not seriously hurt.

Jacarezinho is a poor neighborhood with few public services, known as a favela.

Aerial TV footage showed suspects fleeing police by jumping between rooftops in search of an escape route, while policemen were forced to disembark from armoured vehicles to pass several barricades erected in the streets.

According to police, helicopters located the gang's headquarters in Jacarezinho and at least 10 suspects were arrested.

Police sources said gang leaders were likely among the dead.