Queen Elizabeth's coffin lowered into vault ahead of private burial 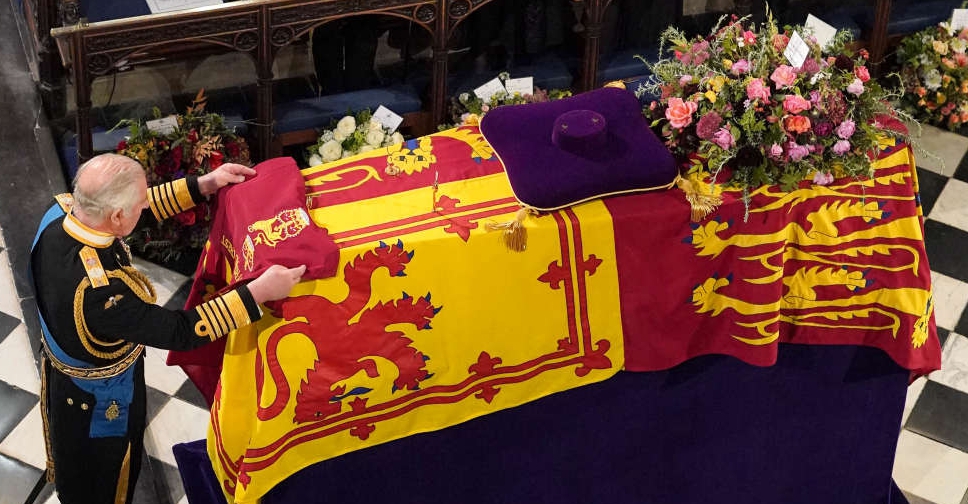 Queen Elizabeth's coffin was lowered into a vault at Windsor Castle, her final resting place, on Monday after a day of inimitable pageantry that drew world leaders to her funeral and huge crowds to the streets.

Hundreds of thousands of well-wishers lined the route her hearse took from London, throwing flowers, cheering and clapping as it passed from the city to the English countryside that she so loved much.

Many more had crammed into the capital to witness the procession and funeral, in a moving tribute to Britain's longest-serving monarch who won global respect during 70 years on the throne.

Inside the majestic Westminster Abbey where the funeral was held, some 500 presidents, prime ministers, foreign royal family members and dignitaries were among the 2,000 congregation.

Later the attention switched to St George's Chapel in Windsor Castle, where some 800 guests attended a committal service ahead of her burial.

It concluded with the crown, orb and sceptre - symbols of the monarch's power and governance - being removed from the coffin and placed on the altar.

The Lord Chamberlain, the most senior official in the royal household, then broke his 'Wand of Office', signifying the end of his service to the sovereign, and placed it on the casket before it slowly descended into the royal vault.

As the congregation sang the national anthem, King Charles appeared to be fighting back tears.

Later in the evening, in a private family service, the coffin of Elizabeth and her husband of more than seven decades, Prince Philip, who died last year aged 99, will be buried together in the same chapel where her parents and sister, Princess Margaret, also rest.

It was in the same vast building that the queen was photographed mourning Philip alone during the pandemic lockdown, reinforcing the sense of a monarch in synch with her people during a testing time.