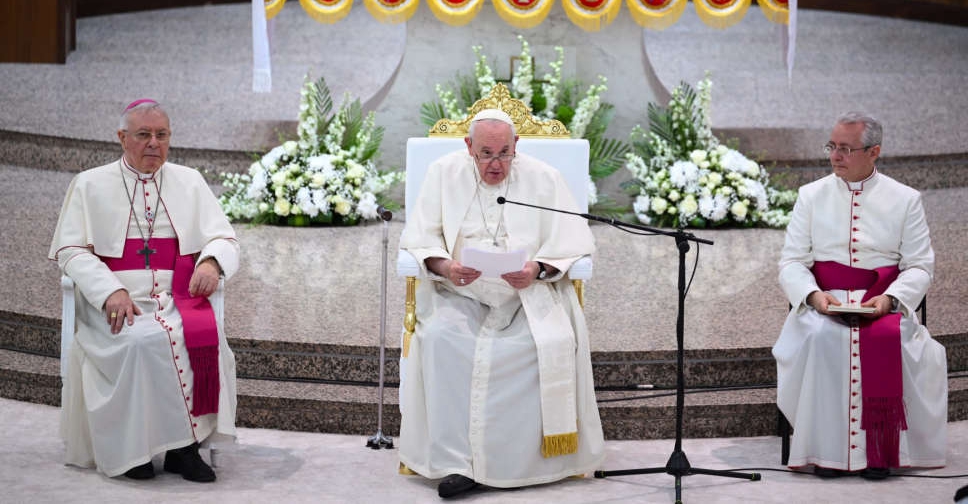 Pope Francis wound up his trip to Bahrain on Sunday by visiting the oldest Catholic church in the Gulf, telling bishops, priests and nuns to remain united as they ministered to the faithful.

The last event of his four-day trip took place at Sacred Heart church, built in 1939 on land donated by the then-ruler.

Bahrain has two Catholic churches, including a modern cathedral that is the largest church on the Arabian Peninsula, and has about 160,000 Catholics, most of them foreign workers. Many Catholics also visit from neighbouring Saudi Arabia.

Francis, who suffers from a knee ailment that forced him to use a wheelchair during the trip, told local Catholic leaders to avoid factions, quarrels and gossip.

"Worldly divisions, but also ethnic, cultural and ritual differences, cannot injure or compromise the unity of the Spirit," he told them.

There are around 60 priests working among an estimated 2 million Catholics spread across four countries in North Arabia, said Bishop Paul Hinder, the Vatican's apostolic vicar for the area.

The pontiff's visit is only the second by a pope to the Arabian Peninsula.

Thousands of Catholics in Bahrain and from around the Gulf poured into a stadium to hear the Pope say Mass on Saturday. 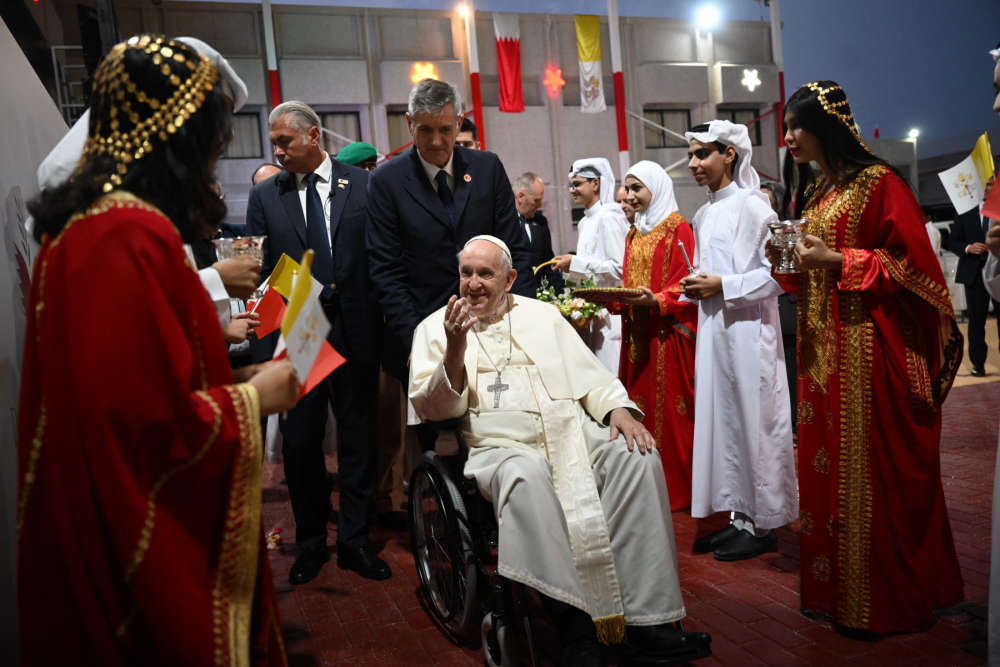 Pope Francis' visit continues his policy of improving ties with the Islamic world following a historic visit to the UAE in 2019.

At the close of an East-West dialogue hosted by Bahrain, the pontiff focused on the role of religions in promoting peace and disarmament.