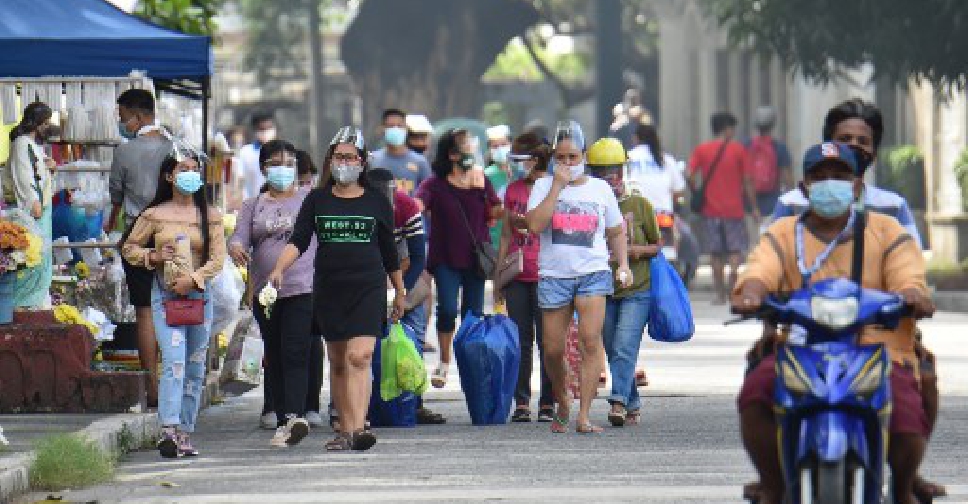 The Philippine President Rodrigo Duterte has said that partial coronavirus restrictions will remain in the capital region, Metro Manila, until the end of the year.

The government is also urging Filipinos to limit Christmas gatherings to prevent a post-holiday surge in COVID-19 cases.

People must still wear masks and face shields and observe social distancing in Metro Manila as well as in Duterte's home town, Davao, and six other areas for the whole of December, while less stringent restrictions will be enforced for the rest of the country.

In a late-night televised address, Duterte reminded Filipinos of the danger of ignoring safety protocols, citing what he said was a third wave of infections in Europe and the United States.

He blamed the resurgence in those countries on the stubbornness of some people.

In the Philippines, cases continued to rise after restrictions were relaxed, which he said was necessary because people needed to earn a living.

The Philippines, which has the second-highest number of COVID-19 infections and deaths in Southeast Asia behind Indonesia, has recorded 431,630 confirmed cases and 8,392 fatalities.

Interior Secretary Eduardo Ano said Christmas parties, family reunions and carol singing outside homes are considered prohibited mass gatherings, but minors will be allowed to go to malls if they are accompanied by their parents.

The Philippines, which ranks 44th in terms of active COVID-19 cases worldwide, clinched its first supply deal for a coronavirus vaccine last week, securing 2.6 million shots of a potential vaccine developed by AstraZeneca.

Five vaccine makers, including AstraZeneca, have applied to hold late-stage trials in the Philippines.