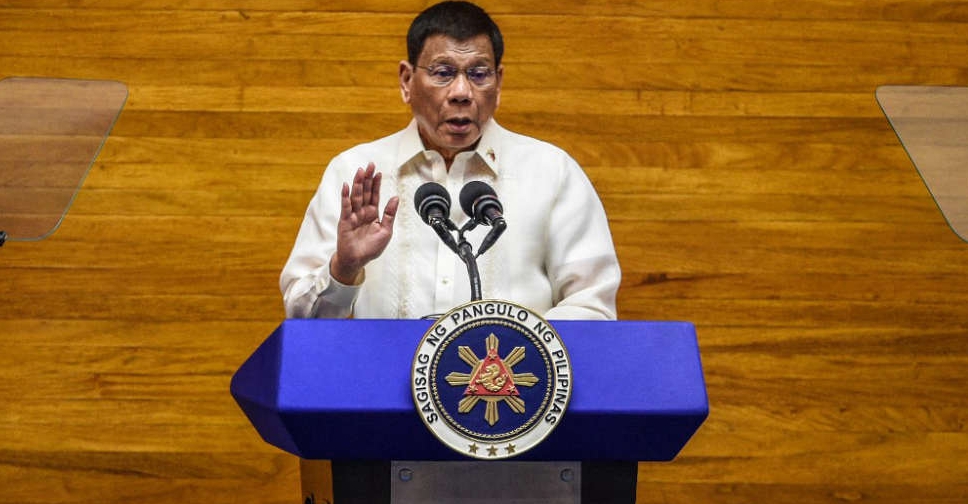 Philippine President Rodrigo Duterte on Wednesday accepted his party's nomination to run for vice president in next year's election, pushing ahead with a plan criticised by rivals as an attempt to maintain his grip on power.

Duterte, 76, is barred by the constitution from running for a second term and his interest in being vice president, traditionally a ceremonial role, has prompted accusations he wants to stay in power to avert possible legal action against him at home or abroad.

But Duterte said his decision was driven by love of country.

"It is really because I want to see the continuity of my efforts even though I may not be the one giving direction, I might be able to help," Duterte said in addressing the party.

Duterte had wanted longtime aide Christopher "Bong" Go, a senator, to succeed him, but Go declined the party's presidential nomination.

"My heart and mind are focused on serving people," he said.

"What is important is we find someone with the same weight as president Duterte to continue the change."

It was not immediately clear if the party has a second choice ahead of the deadline for registering candidates next month.

Earlier on Wednesday, Senator Panfilo Lacson, a former police chief, was the first to declare his candidacy for the presidential election.

Lacson, 73, made his announcement alongside Senate speaker Vicente Sotto, who will be his running mate in the separate vice presidential contest.

"Between me and Senate president Sotto are more than 80 years of honest, dedicated and competent public service," said Lacson, who ran unsuccessfully for the presidency in 2004.

Lacson will be an outside bet and has been ranked low in independent opinion polls of preferred presidential candidates for 2022, which have consistently shown Duterte's daughter, Sara Duterte-Carpio, as the winning candidate.

Sara, who replaced her father as mayor of Davao City and belongs to a different political party, has expressed openness to running for president, months after telling Reuters she had no interest in the job.

Last week, she said she had been approached by several politicians offering to run with her if she seeks the presidency, but stopped short of confirming she will contest it.