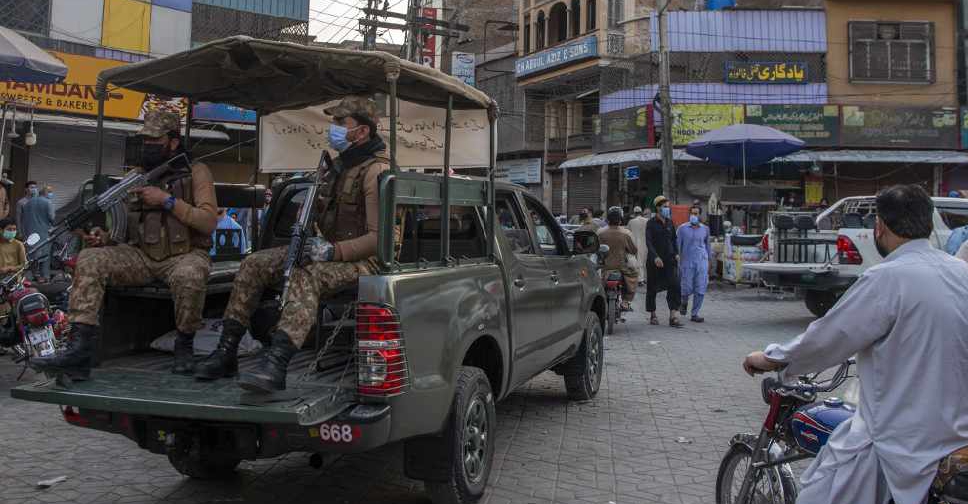 Pakistani troops have been deployed in 16 major cities to assist civilian authorities in enforcing measures meant to curb the spread of the coronavirus.

"Starting at 6am this morning, troops have been sent to aid the civilian administration in each district," military spokesperson Major General Babar Iftikhar said on Monday.

The announcement came as the country recorded its highest daily death toll in recent days since the start of the pandemic, and officials said the health care system was nearing its breaking point.

Iftikhar said 570 people were on ventilators in the country and 4,300 in critical condition.

In some cities more than 90 per cent of ventilators were occupied, and industrial production of oxygen could soon be diverted for health purposes.

"Ensuring adherence to precautionary measures (for the pandemic) and maintaining law and order will still be the responsibility of civilian authorities," Iftikhar said.

"The Pakistani army will aid other law enforcement agencies as emergency responders to stop the spread of the virus."

The federal government has opted not to impose nationwide lockdowns seen in some other countries, saying such measures could endanger the lives of many who rely on daily wages.

Instead, officials have said the percentage of tests returning positive would dictate what lockdown measures are taken in a given area.

But even in those areas measures such as markets being closed after 6:00 pm each day, and mask wearing mandates have gone largely unenforced.

With only around 2 million vaccine doses administered and supplies short, officials have pleaded with the public to follow the precautionary guidelines.

On Friday, Prime Minister Imran Khan asked the public to wear masks and follow other precautionary guidelines, and said the military would be called on to enforce the measures. Pakistan risked finding itself in a situation like in neighbouring India otherwise, Khan said.